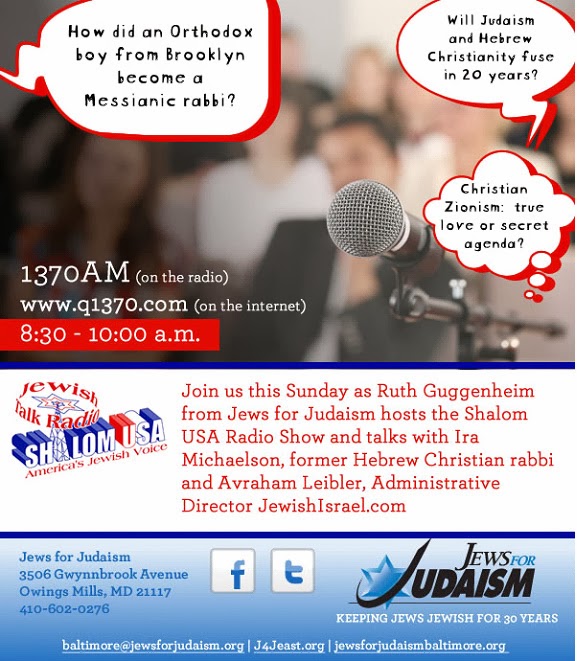 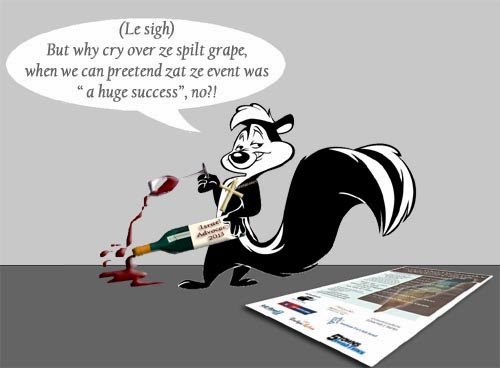 Two months ago in JewishIsrael’s report, Evangelists, Politics and Shomron PR – The Pew of It All, we outlined a number of concerns regarding the November 2013 Shomron Regional Council's Israel advocacy conference in New York. Representatives from JewishIsrael attended the conference and this report is based on their observations...more
--------
The following are two updates on the status of the Jesus statue project*
* [Note: as of this posting no written denial from Tourism Minister Uzi Landau has been received.] 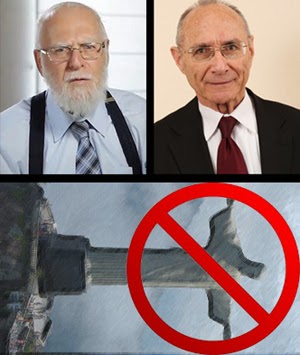 This is a continuing update to JewishIsrael’s report of December 22nd,"Cast a Giant Jesus over Israel". JewishIsrael's Rabbinic Director Rabbi Dr. Sholom Gold met with Tourism Minister Uzi Landau. At the meeting Landau was emphatic in his denial of having ever endorsed such a project. Landau personally told Rabbi Gold that such a project"will never happen". MK Moshe Feilgin also contacted JewishIsrael after speaking with Landau…more

Update to JewishIsrael’s Report on the Nazareth Statue (Dec. 29, 2013) 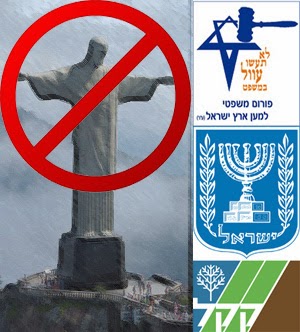 Since JewishIsrael’s posting of its December 22 report, "Cast a Giant Jesus over Israel", attorneys at the Legal Forum for The Land of Israelhave taken up the cause to stop such a project from happening. The Forum has already sent letters to Knesset members and to ministers, as well as to the Jewish National Fund (JNF-KKL)...more
Posted by Ellen at January 18, 2014

So, so disturbing! The chilulei H' keep on coming. Believe it's a sign of the dismantling of the
State. Pray that Moshiach Tzdkeinu is on his way. There has been an obvious takeover by the sonei Yisrael. Where is the outrage from the public?