"Neither rain, nor snow, nor sleet, nor hail" Stop the Arab Terrorists


A rocket was launched at Ashkelon from Gaza at 8:19 pm. It appears that the rocket fell short and landed within the Gaza strip.Read more at: http://www.jewishpress.com/news/breaking-news/819-pm-red-alert-rocket-launch-at-ashkelon/2013/12/15/


I've lost about half a week to rain, snow, sleet and the accompanying electricity outage in my hometown of Shiloh.  I've been offline for three days because of that.  I missed news, telephone calls, emails etc.  Our television stopped broadcasting before the eletricity went.  I slept a lot and now understand how some animals hibernte in the winter.  The cold and dark affected me so badly that I wasn't even hungry the entire "Fast of the the Tenty of Tevet," last Friday.

I didn't fully wake up until today when the sun came out, which made the snow sparkle.  On Shabbat the clouds made the snow look grey and depressing.  I didn't even leave my house for three solid days because of the weather.  On Thursday the rain kept me in, and I cooked and even baked challah.  I didn't want presure on me when fasting.  Thank G-d I did, becasue I couldn't have done that cooking without electricity. 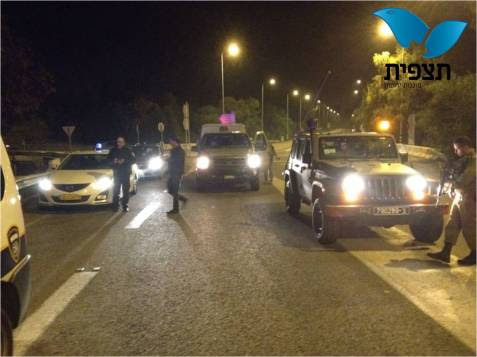 Totally disconnected to news and politics, insulated from the real world by that glorious white snow, I was shocked back into reality with the news that the Arab Gazan terrorists attempted to attack Ashkelon.
Peace is not around the corner, nor doable in the near future.

And now there's worse news.  An Israeli soldier may have been killed by a Lebanese sniper.


This report is still being updated. Much of the information is from foreign sources, and not yetconfirmed by the IDF. An IDF soldier was reportedly killed by sniper fire from Lebanon a short time ago, according to reports in Al Arabiya, The Lebanon Daily Star and other Lebanese news sites. The soldier was reportedly shot near Rosh Hanikra, along the Northern border. In Lebanon they are claiming that the shooting was done by the Lebanese Army, or by someone wearing a Lebanon Army uniform. The IDF spokesperson confirms there was a shooting incident from Lebanon, a complaint was sent to the UN, and that Israel reserves the right to respond to it. According to Nahariyah Hospital director Dr. Masaad Barhom, an IDF soldier was brought unconscious to the hospital at around 8 PM, after his car had flipped. He had holes in his upper body that appear to be from gunfire or possibly shrapnel. The doctors were unable to save his life.Read more at: http://www.jewishpress.com/news/breaking-news/idf-soldier-reportedly-killed-by-lebanon-sniper/2013/12/15/

Let's destroy our enemies. That's the only way for peace.
Posted by Batya at December 15, 2013

Amen. Your last sentence says it all.

What is really shocking is official Israeli government indifference to the murder of one of its soldiers.

In Ben-Gurion's day, Israel would have promptly avenged it! That's the way to peace! In a country in which Jewish life is considered cheap and expendable, Arab attempts to kill Jews will persist.

I hate to say this but I'm starting to have an erratic heart beat and experiencing something like panic attacks due to the inaction and overt passivity of the government of Israel to the truth when all around is the proof there will never be truth. The Arabs feel they have carte blanche to do what ever they want because there are no consequences from anyone! Not even the nation they are pummeling. Hashem is cranking up the tension.

Everything up to and including the Litani should be cleared of Lebanese scum and declared sovereign Israeli land for eternity.

We all agree. I don't know how many of you are Israeli citizens and whom you Israelis voted for in the last elections or any recent ones, but we must stop the Likud.

Who's left? Moshe Feiglin? That's it.

No way, he's Likud and can't lead his way out of a simple straw.

Sure, Batya, while all of your political heroes are out of the picture altogether.

Shy, I'd love to see him prove me wrong.

Batya, now that you're out of the snow, keep up with the news:

Because of people like yourself, Feiglin is a loner today within the Likud.

Unlike the opposition foot stompers and teeth gnashers you always vote for, having 10 people like Feiglin within the ruling party is a 1000 times more effective that your eunuchs sitting in the bleachers.

And the effect will snowball once this kind of movement takes off.

But it doesn't work with naysayers and head shakers throwing their votes away for people and parties that have zero chance of retaining permanency beyond an election cycle or two.

I agree with my D.H. who said a long time ago that Feiglin should have created a new party, his own, called Manhigut Yehudit. He made a big mistake trying to work within the Likud.
I don't know of anyone else in the gov't with the courage that he has, except maybe, in a secular way, Lieberman.

Shy, Feiglin should have joined with the Right, not the Likud.
Lady, I don't think he really wanted or wants to take full responsibility for governing the State of Israel.

Batya, you should have watched news on TV this evening. The Likud Central Committee are fed up with Netanyahu. There's plenty of right there.

There's plenty of down the drain right wing startups that never made it off the ground. Regards to Ben Ari & Edad Incorporated.