The Connections Between Laughter and Tears, Humor, Lies and Truth

One of the reasons I consider Caroline Glick's Latma parodies about Israeli politics and the world's  attitude towards Israel so excellent is because its humor is based on truth.  This week in particular there's a skit that brings the true British attitude towards Israel out in a way that only a good political parody could show. 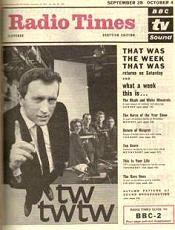 Yes, in this brilliant skit named, What is academic courage? it is admitted that the true ideology behind British policy is antisemitism.  The British should accept this as they were among the first to perfect political satire with their classic, TW3, That Was The Week That Was.


Wasn't the role of the court jester to tell the truth?


Jesters could also give bad news to the King that no one else would dare deliver. The best example of this is in 1340, when the French fleet was destroyed at the Battle of Sluys by the English. Phillippe VI's jester told him the English sailors "don't even have the guts to jump into the water like our brave French."[7]

Latma does play an important role in the Israeli media or political scene.  Some of  its songs and skits are powerfully true.  Latma's "We Con The World" is a classic.

Latma manages to promote an important message to the world and it needs your support:

Latma is funded by donations to the David Horowitz Freedom Center's Israel Security Project which I direct. If you would like to contribute to our work, which is funded entirely by viewer contributions, please go to this link.