One of my main complaints about the Obama visit to Israel concerned the timing.

When someone dangerously important comes to Israel, the roads he (has there ever been a she?) are closed for security reasons.  Israel isn't Manhattan with lots of alternatives, parallel roadways etc.  The road closings can cause major inflexible inconveniences.  My friend in Beit El told of the announcement that anyone needing emergency medical care would have to be helicoptered out of Beit El when the roads were  closed for Obama's Ramallah visit.  Beit El, which has hundreds of families and thousands of residents only has one entrance/exit.  There used to be another one via Al Bira and the refugee camp Jelazoun, but due to the anti-Jewish apartheid in Israel, only Arabs are allowed on that road.  But taking that road would mean an hour's speeding ride or more to a Petach Tikvah hospital.  Beit El is considered a suburb of Jerusalem, which is closer than that.

Another place that had been locked down for Obama's visit was Sha'ar Binyamin, which is actually an oasis of coexistence.  It's the shopping center, industrial zone, with a major medical clinic, wedding hall and more just north of Jerusalem.  It has only one exit/entrance, too.  Jews and Arabs work and shop there.  I know it very well, since I work in one of the stores, Yafiz, Clothing for the Entire Family.

Obama visited Ramallah on Thursday. Thursday is the busiest shopping day of the week in Israel, because people like to stock up before Shabbat, Saturday and the Muslims before Friday.  Adding to the usual Thursday business is the fact that next Monday night is the Passover Seder.  The week before Passover is always busier than any other of the year.  And davka that's when United States President Barack Hussein Obama decided to descend on Israel and visit Ramallah.

It would have been totally legitimate and acceptable for the Israeli Government aka Prime Minister Binyamin Netanyahu to have requested a different time for the visit.  The phrase אחרי החגיםת acharay hachaggim, after the holidays is a standard in the Israeli lexicon. 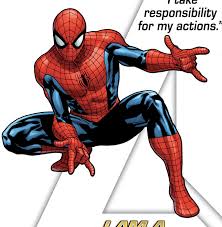 And what does this have to do with Spiderman?  The religious Jews of Williamsburg, Brooklyn asked the producers of the newest Spiderman movie to change their schedule so they wouldn't be filming in their neighborhood on Passover.

It's good business to be accommodating, and it's good politics to protect the "little man," the ordinary citizen.

Obama meant to inconvenience Jews as he is the most arrogant of men. Since when does Israel display flags of other countries for visiting dignitaries as was done for obama? The country looked a massive mixed message with the red white and blue festooning it. He definitely intended to come across as oppressive, controlling. His building freeze request is coming soon, I bet.

Yocheved, it's a power play. Did you see my previous post (and my new fb cover) showing that in Mateh Binyamin we didn't fly American flags?

My opinion of Obama is so low it cannot be written. Instead, I wish and your family Shabbat Shalom, then Pesach Sameach. Hope you have a a kosher and meaningful Chag! Thanks for your blogs!
Sandra in the UK, awaiting snow for the walk to Shul!

Busy Shabbat cooking....no snow yet,but other places in England, covered! We in London are being threatened with it tonight and tomorrow! Another reason for Aliyah?.!

We've had snow for Purim but not for Pesach, and of course some places in Israel never see snow.

Actually Sha'ar Binyamin was not so bogged down. I was there twice on the day of Obamanation's visit to Ramallah. once to shop and once to get the car fixed. The problem was after he left, one person in his entourage had fallen asleep on one of Abu Mazen's couches in a guest room at his compound. Apparently they had had a hearty meal with lots of chametz (which was impossible at the King David Hotel), and one of the people with Obama had eaten too much. So the road to Sha'ar Binyamin was closed about 15 minutes longer than scheduled to pick up the guy that they had left behind. It could have been much worse.

The most disgraceful thing to come out of this summit with Netanayahu was his groveling apology to Erdogan. He ostensibly did it in order to work with Turkey on cleansing Syria of chemical weapons when Assad one day disappears. But it just goes to show that the faithless feckless Netanyahu has no shame. Now his Erev Rav Justice Minister, Miss Livni, the Witch of EinDor, is trying to explain to us all why we now owe tens of millions of dollars in reparations to Erdogan. I am not digesting the matza well from today as I write this. I try to focus on how Livni needs an Agnes Moorehead hairdo to go with her red hair, and that we are so close the end of this world of sheker.

Dov, I was glad to take that day off and spend it at home. I still don't understand why we didn't condemn Turkey and demand that it grovel for supporting that anarchist invasion.