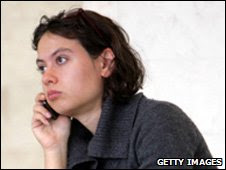 Thousands of years ago, during the Biblical time of the Judges, everyone did what he/she thought was right, interpreting the laws individually.  Many Biblical experts describe today's anarchy of questionable and contradictory morality as similar.
The Bible is the story of the Jewish People, so no where do we see the parallels more strongly than here in Israel.   The Judicial branch of the government ignores law and experts deciding according the the personal philosophies and agendas of the sitting judges.  And now this young espionage criminal, Anat Kam, claims that she did no wrong.

Ms Kam's lawyer said she did not harm, or intend to harm, national security.
"Anat denies that any damage was done to the security of the State of Israel or that it was ever her intention to do so," Eitan Lehman said.
A representative for the former soldier, who did not give a name, said security services were trying to paint her as an "enemy of the state".
She was a "Zionist" who acted as a "concerned citizen", not a left-wing activist, the representative said.

It's clear that it's not so innocent and simple, because she spent her IDF army service collecting documents, knowingly breaking the law.

Kamm, the main culprit, is accused of stealing some 2,000 secret military documents from the office of the commander of the IDF’s Central Command, burning them onto a CD and then handing them over to Blau on a disk-on-key data storage device.
Her motivation, according to the Shin Bet (Israel Security Agency), was her radical ideology. Her presence in a top general’s office and her exposure to classified material raises serious questions about the IDF’s ability to run background checks on its soldiers and prevent the infiltration of spies into its ranks.

I was recently at a Bible class during which we discussed the transition from Judges to Kingship and the reasons that Samuel the Prophet opposed anointing a king for the Jewish People.  It's believed that Samuel felt that the Jewish People were best governed by leaders who didn't inherit the position.  Kingship is an inherited system, while the judges and prophets were individuals who rose when needed.  That's similar to today's electoral, democracies.  Samuel was the son of two very righteous and brave parents, Elkana and Chana, but his own sons were corrupt as detailed in the Bible.
It's very obvious that both systems have serious problems and can easily lead to abuse.  Democracy, whether formal elections or the phenomena of the most charismatic individuals and ideologies rising to the top, does not guarantee that we will be led by the best or most moral. 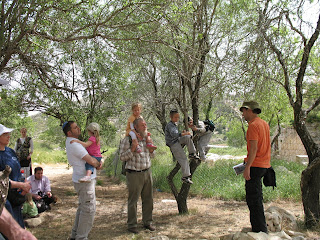 That brings us back to the Bible and Chana, Samuel's mother, who came to Shiloh to pray to G-d for a son whom she would dedicate to G-d and the Jewish People.  Shiloh is in our hands.  Come here to pray for our People.

I disagree with your title. The times of the judges was not known for its massive traitorship of the Jewish people against themselves.

If anything, the verse to apply - and not for its literal meaning - is:

Thy children make haste; thy destroyers and they that made thee waste shall come forth from thee.
- Isaiah 49:17

Change the word "come" to "go" to restore the verses literal meaning.

In any case, the internal traitors have to be here first in order that they can "go" eventually - and the sooner the better.

As for this one, I say repeat another biblical event: chop the leftist whore up into pieces and send them to each of the editors of Israel's daily papers and TV news programs.

We don't know about what wasn't recorded. Her excuse brought me back to the "everyone did what was right in his eyes" phrase.

The correct translation would be מִהֲרוּ, בָּנָיִךְ; מְהָרְסַיִךְ וּמַחֲרִיבַיִךְ, מִמֵּךְ "יֵצֵאוּyour haters and those who made you waste will go out of you" meaning the those of our people will come against us to destroy us. Which shouldn't surprise us that there are traitors among us. Kam needs to be stoned ... the Maccabim dealt with Helenist Jewish traitors and so must we ...

No, JDL. For the literal meaning of the pasuk, see Rashi, the Targum, Radak, Ibn Ezra, etc.

Read the verse in the context of the verses before and after.

What you're interpreting is the "drush".

She transferred our future operation plans to someone else. He could have passed it on to our enemies. This would have cost our young soulders their life. Intentionally or non-intentionally, she has done an unforgivable mistake.

criminal act, not a mistake, treason

I would love to come to Shiloh to daven with you women. One of these years...days...?

And, yes: this was a criminal act, and an act of treason. Agreed.

L-L waiting for you!