Build Now! The Antidote to Appease AKA Peace sic Now

Things have always been a bit "cockeyed" here in the HolyLand.  The "Laws of Nature" and Mathematics, conventional logic don't always work.
According to conventional logic, the Jewish People should be a postscript in history, but we're not.  We're still around, as feisty and unpredictable as ever.  That's why we celebrate our על הניסים Al HaNissim, Because of the Miracles... holidays, Chanukah and Purim.
In the Twentieth Century, Hitler's Nazi Germany was sure that it could destroy the Jewish People.  Remember that the world didn't care. Not a single nation did anything to oppose the Final Solution.  The fight against the Nazis was for the other nations, not to protect Jews.  The world really didn't care if every Jew was wiped out, off the face of the earth.
After World War II, the Zionists in the Promised Land AKA Palestine had to fight the British who wouldn't end the Mandate and give us independence.  We succeeded and promptly defeated the Arabs who attacked the nascent Jewish State.  Though the State of Israel was "approved" by the infant United Nations, we had no real support.  I have no doubt that most countries only voted in favor because they were certain that we'd be defeated.
According to logic, demographics, weapon statistics etc, we should have been defeated.  But G-d overrides the Laws of Nature here in the HolyLand, especially when it comes to Jews.  My husband and I have been in Israel forty (40) years, which is almost two-thirds (2/3) of Israel's sixty-two (62) year history as a modern state.  One thing I've learned is that whenever there's some sort of "peace agreement," there's a subsequent deterioration in our security.  Simply put, "peace" causes war and terrorism. True Peace comes from G-d, not man, no matter who the "mediator."
There is only one thing which we can do to bring us true peace and that's build. 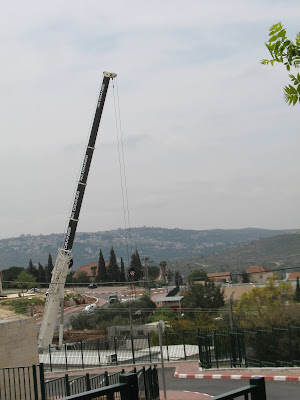 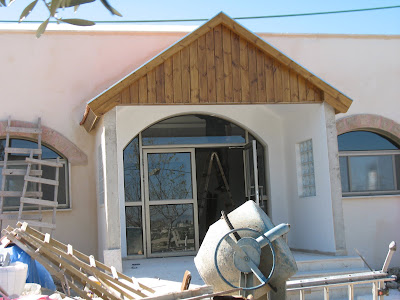 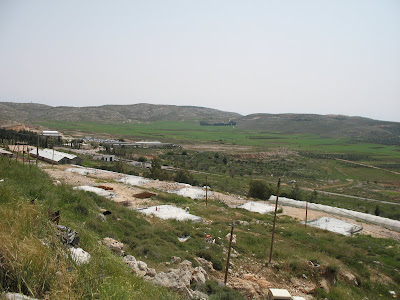 Yes, only building for Jews our HolyLand can bring us true PEACE.
New building projects facilitate more Jews living in the Land of Israel, and that's what G-d wants to see.  There's no way of negotiating with our enemies, those whose aim is to destroy us. It's very simple, just like the matzah recipe, flour and water, cooked in 18, חי chai, life minutes.
Only when we are no longer slaves to false and foreign gods will we be truly independent, secure and live in peace.
Chag Pesach Kasher v'Sameach
Have a Kosher and Happy Passover
Posted by Batya at April 04, 2010

With no apologies to Woodie Guthrie:

This land is my land.
It isn't your land.
I got a shotgun,
and you don't got none.
If you don't get off,
I'll blow your head off.
This land was made just for me!

Pretty cool, Shy! You need to record that!

Israel is its own country. The far left is ultimately a more obnoxious foe than jihadism

You guys hit the nail on the head.