How ironic. Today's NY Times archives pulled out the headline from June 12, 1987, when US President Ronald Reagan was in the then divided Berlin and insisted that there was "only one Berlin" and the wall must be torn down.

The Berlin Wall had become a symbol of Communist tyranny, since it was constructed to keep East Germans in East Germany and not to all them to escape to the West.

Jerusalem had a wall, dividing it between Israel and Jordan, from the 1949 ceasefire until the Six Days War. Jews weren't allowed to pass to "east Jerusalem," even to go to Jewish shrines, like the Western Wall and the massive Jewish cemetery on the Mount of Olives. The Jordanians also used their vantage points to shoot at Jewish civilians on the Israeli side.

Today the US's President Bush supports the division of Jerusalem and a new wall to restrict Jewish access. 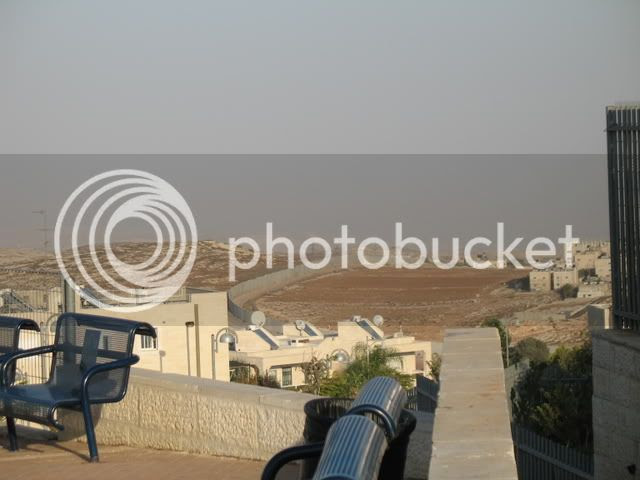 Prior to the 1967 Six Days War, no international leaders nor US Presidents demanded the razing of that wall and freedom of movement for Jews. Does anyone care about how the new wall restricts Jewish Civil Rights?

So true.
That's why nothing's more popular than Holocaust memorials. And nobody sees the racism in the Arab world.