While I was waiting in Pisgat Zeev for the bus,
I saw kids walking back. 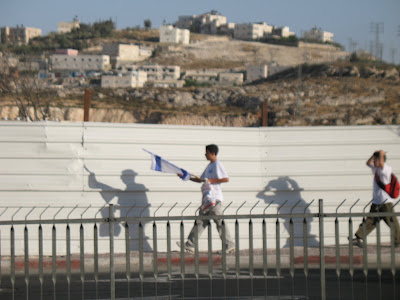 the square between the Jerusalem Municipality and the Old City,

was full of flag-waving kids. 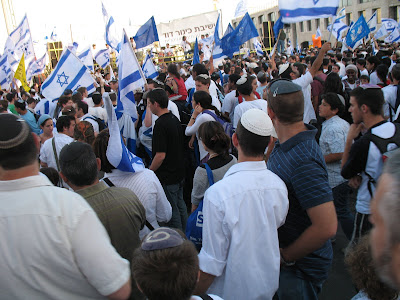 I made my way to the Old City and Ir David.

I don't know who/what planned it,

but the teens were separated, boys from girls. 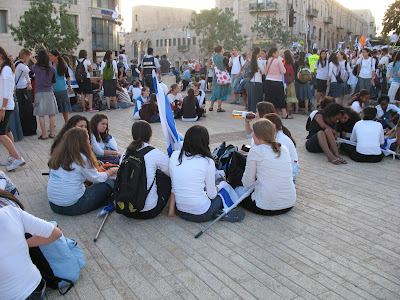 I was in a rush, so I didn't have time to photograph faces.

At least many had flags draped as if they were "tallesim."

Actually, I believe that the flag was designed to resemble a "Tallit." 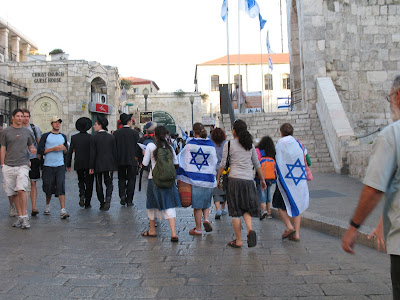 Not just teens were there. 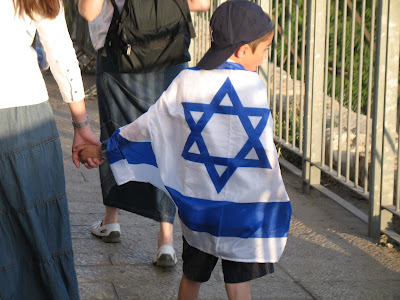