The Balfour Declaration, A Positive Result of Zionism

There are lots of celebrations going on for the one-hundredth anniversary of the Balfour Declaration. That historic document is also being blamed for the establishment of the State of Israel, as if it just came out of the blue, when written a hundred years ago.

In another month, there will be similar celebrations of the seventieth anniversary of the United Nations vote approving the establishment and recognition of the State of Israel. Both of these actions are given much too much credit by Jews, Israelis and historians.

I must make two important points, and it's impossibly difficult for me to rank them in importance. If you have an opinion on that, I'd appreciate if you say so in the comments, thanks. 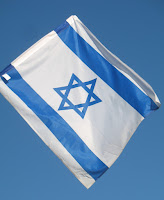 We, the Jewish People, hold our fate in our hands. We aren't pawns of anyone. That actually includes Gd, because we have free will. We must make our own decisions, and sometimes we decide correctly, and sometimes we don't. Gd willing we will quickly learn from our mistakes and correct them. IMHO, one of those mistakes is thanking man rather than Gd for the good that has happened to us.

Correct, our fate is in our hands. God's help depends on how we decide that fate to be and not making mistakes as we have done in the past. Problem is the game was rigged.

Not rigged at all.