We Jews and Israelis must get our heads out of the sand. Antisemitism is getting worse.

Did anyone hear of international condemnation when the International Judo Federation permitted Abu Dhabi to forbid Israeli sportsmen to wear the Israeli Flag on their uniforms?

Did anyone hear any international condemnation when Abudhabi officials wouldn't allow the Israeli National anthem to be played when Israel’s Tal Flicker won a Gold Medal?

Thai Boxing is much better at protecting Israel. Today on Shabbat we celebrated with neighbors whose son Kibedy Gordon won a Gold Medal as part of the Israeli Muaythai team at the IFMA European Championships 2017 in Paris. The team members wore shirts saying Israel, and the Israeli Flag was hung with all of the others. 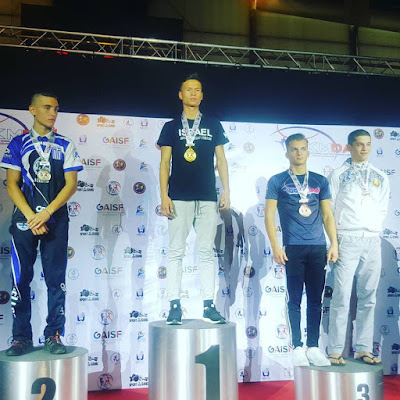