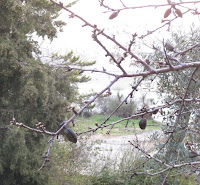 I'm not the only Israeli living in the Biblical Heartland, where our Jewish History and Religion developed who has been on a shikaydia alert, checking for those pink and white flowers on the almond trees. The trees are supposed to start blooming in the beginning of the Jewish Month of Shevat, but in years like this year, when there are two months of Adar, you don't have flowers in Shevat in Shiloh. Certainly not anything to sing about.

Before there was a fixed calendar, the new moons were announced when they were spotted from a mountain southeast of Shiloh, near today's Kochav Hashachar. If the end of Shvat seemed too middle of winter, and the winter hadn't been long enough, then there was a good chance that at the end of Adar, there would be another Adar. Today when my friends and I were down in Shiloh Hakeduma, Tel Shiloh for our Rosh Chodesh Prayers, we discussed it. Many of us agree that especially since there now is a fixed calendar, and nobody is in suspense whether it is a leap (pregnant as it's said in Hebrew) year or not, I think two months of Shvat make more sense. 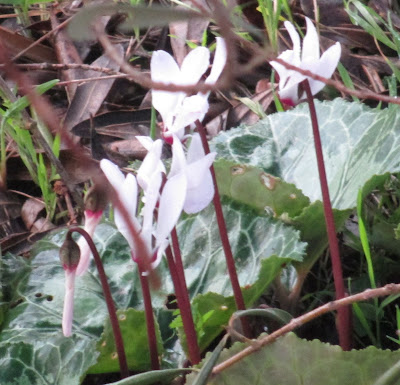 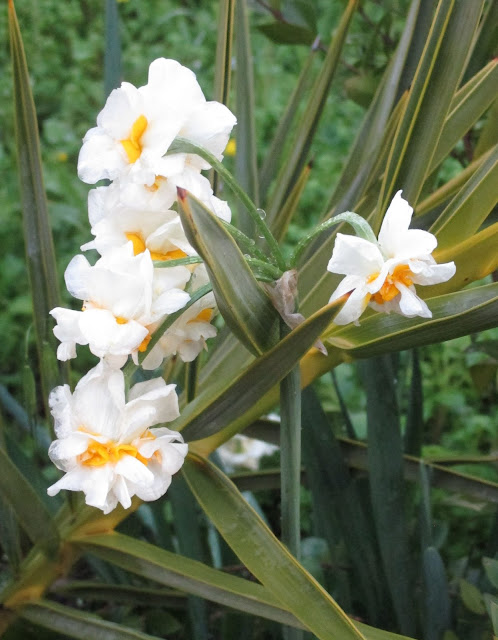 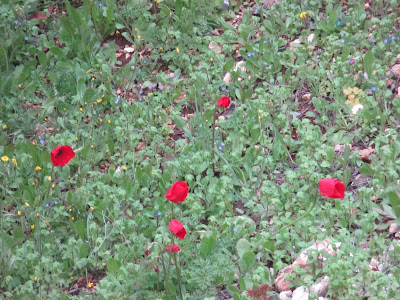 The trees and flowers today seem much more like Shvat than Adar.

Chodesh tov! May this month be filled with joy for all!
Posted by Batya at 6:00:00 AM

Another thing to tell people: If you see the almond flowers, you must SMELL them too! Heavenly!

The contrast is striking, in your juxtaposed posts; They take pictures of children to promote terrorist aggression, and we take pictures of beautiful flowers in bloom. God bless Am Yisrael!

Thanks
Yes we value Gd's gifts to us and promote life while they educate to murder...
Sbabbat Shalom