In Democracy There's No "Right and Wrong"

I'm getting such a kick out of the media's reactions to the voice of what was once called the American "silent majority." The American media, like the Israeli one, is rather Left wing and not objective, Center or opinionless. They consider themselves experts on what's best for the USA and the world. For that reason, they just can't understand why or how so many Americans, especially registered Republicans adore Donald Trump.

Their unfettered support has fueled Trump's rise in Republican primary polls and kept him in the top spot for months. No controversy appears to faze them out of the many Trump has endured — from controversial comments over immigration, to the McCain comments, to a bitter, lingering feud with Fox News and host Megyn Kelly.The focus group should not be considered representative of the Republican Party as a whole, or of the electorate in early states like Iowa and New Hampshire. But their unwavering support indicates that there may be nothing that can take down Trump. (Yahoo) 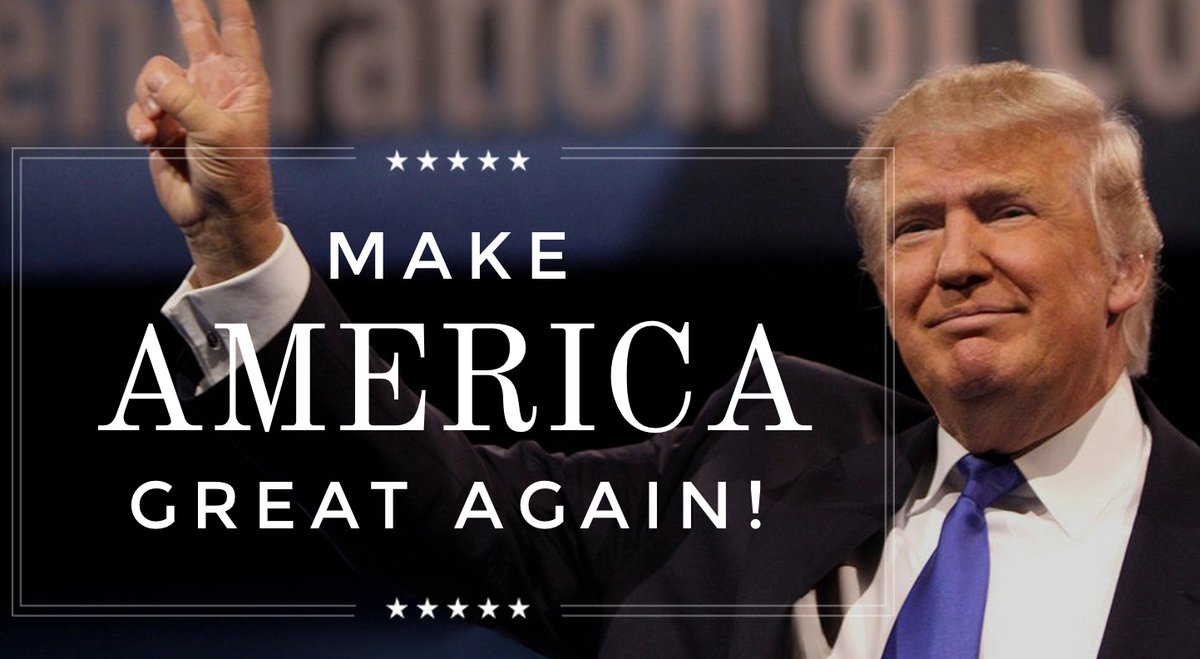 He's the antithesis of the conventional Republican candidate. And that is the reason why those who consider themselves Republicans support him, and that's also why Republicans lost the past two Presidential elections. As Barack Hussein Obama proved, Americans want to dream and want a candidate who can tell them that things can get better. They want hope, and the Trump slogan and story gives them that hope:

Your ordinary American has been suffering. The financial situation is the pits. Outsourcing has taken away jobs from the low income sector and weakened the economy. They see the media and politicians as elitists who are totally removed from ordinary life. The almost epidemic of "random shootings" plus kidnappings and sexual predators etc have taken away the feeling of personal security that was once prevalent in American society.

Donald Trump is considered a success story which has been giving ordinary Americans a confidence that no other candidate can give. That is how many Americans feel. That observation when calculated into votes is or can be an electoral majority. There is no right or wrong in Democracy. Democracy is a numbers game. Condemning and/or criticizing the feelings of large numbers of people is anti-democratic.

As an Israeli with American citizenship, of course I'm concerned about the winner's active policies towards Israel. But at this point there is still almost a year and a half until the next American President whoever he/she will be takes office. So, I'll just watch the show...
Posted by Batya at August 27, 2015

i'm all ready concerned that the majority's ineptitude might endanger women, basically

Dinah's so misunderstood, compared to other notable righteous women

All 6 navigational sides of the globe may just be lead by representative women, were Hillary Rodham-Clinton President of the USA, with the notable exception being Israel, so administrative competency would be Paramount, ergo her early Sad Twitter banner [she's gone galilean, in advance]

my hunch is that she can be jealous, though, if the assassination of Benazir Bhutto, following her brief visitation, is any indication

from a practical standpoint, what does women at the helm mean for everybody?

i'm all ready testing the merit of athletes and blue-collar workers, publicly, basically, while not at all expecting much from career politicians

i gather, women will be ready to assume that responsibility minus bullying

Shiloh in Ancient Maps; YMedad: Between you and I, great cartography graphics and so much Jewish heritage in place names but I really think the geography could have been very much improved.

I don't follow all of you.
One thing for sure is that Trump is playing the media and one should not take the outragrous statements serioudly. Americans are too used to well rehearsed politicians who memorize pc scripts.

I don't follow all of you.
One thing for sure is that Trump is playing the media and one should not take the outragrous statements serioudly. Americans are too used to well rehearsed politicians who memorize pc scripts.

Trump is leading this time because it is what the American want to and need to hear. Truth, which is almost obsolete in the political world. He might yet win the nomination.

exactly what I think