Trump versus The Republican Party

Duh?!? That isn't quite what the campaign for the Republican nomination for the USA Presidency is supposed to be. Is it? For accuracy's sake maybe I should have worded it differently, like:


The Republican Party versus Trump 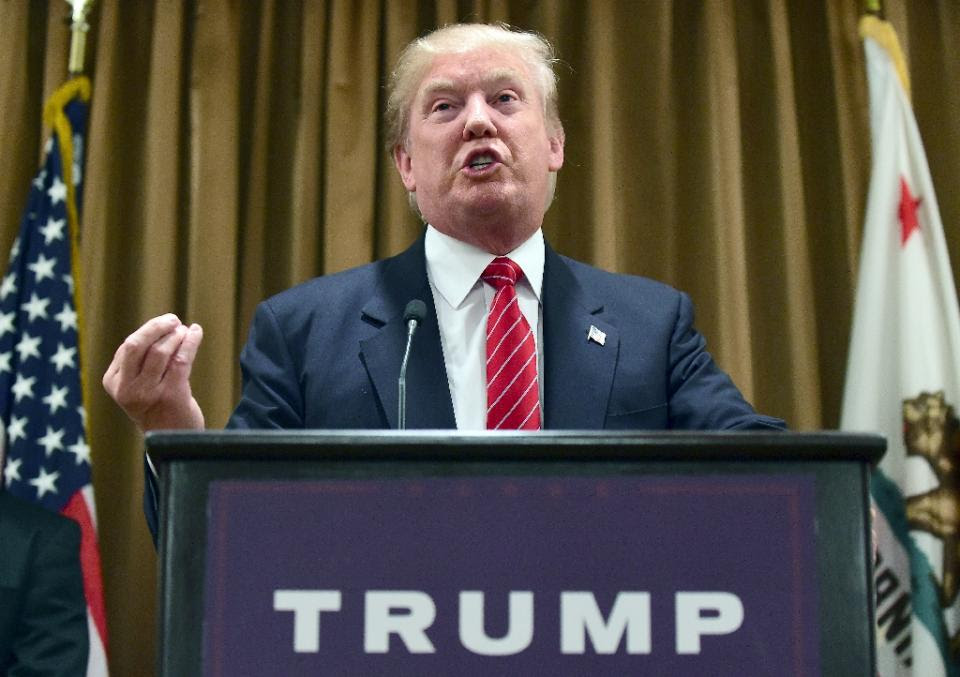 But honestly, no matter how you slice it, it doesn't sound very good. All of the polls have been showing that Trump has the strongest, widest and most increasing support of all of the candidates. And there really are a lot of candidates aka competitors.  Dry Bones, as usual, describes it perfectly:


Now, if the Republicans really want to win, maybe they should embrace Trump's candidacy, since that is what a large portion of the American population has done.

But maybe if the Republicans embrace/accept him too quickly and too soon, his candidacy will lose its luster. That's because Trump's outsider status is probably one of his main attractions. Republicans aren't as conventional and predictable as the Bush Machine and other Republican powers like to think.

Today's Republicans aren't the Republicans of the Eisenhower '50's. Remember that their accepting and voting for Ronald Reagan in 1980 was also pretty revolutionary. Consider Ike and Reagan as templates for popular Republican Presidents, and there haven't been too many besides Bush I and Bush II. Neither Reagan nor Eisenhower took the usual political path to the Presidency, so it may be that political outsider Donald Trump actually does have a strong chance of getting elected President of the United States of America.

This next election should be a good chance for the Republicans because the Democrats do not have a strong popular candidate to offer. Trump can get in unless the Republicans sabotage him, which in soccer language is called an own goal.

I plan to vote Rand Paul. Trump is a big mouth. It amazes me that people in the US can be so stupid as to believe his rhetoric. Also, I just learned that before he got in the race he asked the Clintons for advice. Is he in cahoots with them?