Just last summer, the world was complaining, unabashedly, that not enough Jews/Israelis had been killed in our war with the Gazans. They didn't like the disproportionate numbers of Arab dead verses Jewish dead. The Arabs attacked more, but fewer of us died and more of them did. They bandied around the word "disproportionate" as it it was a mystical formula that proved Israeli cruelty to Arabs. In theory, they would have had approved of our defensive actions better if more of us had been killed, but Gd in His Mercy refused to cooperate. And of course one of the reasons for the disproportionate numbers could have been that the Arabs were exaggerating their dead...

Now, the world and too many Israelis are up in arms against the possibly one or few Israelis who allegedly firebombed an Arab house burning a toddler to death.

If anything is disproportionate it's this.

Count the amount of Arab attacks on Jews versus the retaliations of Jews against Arabs.

According to the Jewish Press: 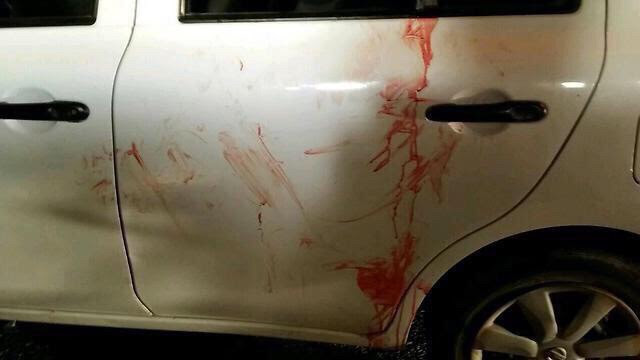 We are not supposed to grin and bear it, turn the other cheek etc. What we must do is the stop the terrorism, and being pacifists isn't the way!! If you want to do it legally, there's one way. Apply the law of Arab terrorists and institute mandatory death penalty on all attempts at murder, whether, shooting, stoning, stabbing or firebombs. And let those convicted terrorists threatening hunger strikes starve to death. Most will voluntarily begin to eat.

I venture to suggest that much of this violence may fall under "false flag" incitement. One only has to read what Peres was ranting and raving about at a 'anti-violence' rally in TA. His words sound like incitement to me, against "the Settlers"! I don't trust his motives here. It actually smells like leftist strategies against the Netanyahu govt. it also reminds me of the disengagement, and how it was really instigated against the religious Zionists. This was clearly explained by Caroline Glick. I'm sure the article is on her website by now. And the Times of Israel has the Peres' diatribe.

I agree that Arab terrorists should be allowed to starve themselves if they want, and am indeed in favor of the death penalty for these actions.

I often do not post on political things, there being exceptions (like during the war last summer). I DID post Friday against the two terror attacks (gay parade and the house burning), simply because just as with the korban of egel arufa... I feel we must say that murder is NOT correct (of course except in self-defense.). Woe to us if we stoop to their level.

It IS very telling, however, the way that the press etc ignore attack on Jews (unless of course done by the religious), and have a media affair with this. Esav soneh et Yaacov........

WHY ARE SO QUICK TO BLAME THE SETTLERS?

The attackers wore MASKS. They painted graffiti saying something like "Long live the Messiah". What living messiah? Would settlers write something like that?

The attackers could have been anyone (Arab,anti-settlement Jews, or foreign-sponsored groups (so many legally operating in Israel) intent on:

- igniting MORE violence against settlers and Jews in general.
- getting limitless international PROPAGANDA against settlers for the price of a gasoline can.
- increasing POLICE repression against settlers
- rattling the present government coalition
- weakening the pro-settlement faction within the coalition

Not living in Israel, I'd like to hear more from SUSPICIOUS Israelis who question the way in which settlers have been so easily blamed for this attack. After all, false flag operations against nationalist Jewish groups are common occurrence in Israel.

Neshama, RM, Tracy, thanks. I agree and am glad to see that you and I are in the same mindset. Thanks for your comments.