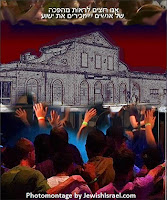 Elav’s “Jesus Revolution” Concert for Youth Comes to First Station in Jerusalem
Tonight, during the three week period between the fast of the 17th of Tammuz to the fast of the 9th of Av, in the shadow of Jerusalem’s Old City and the Temple Mount, throngs of Israeli teens and a good number of zealous Christian youth from abroad will be gathering at Jerusalem’s First Station for the Elav's 2015 messianic missionary rock and jesus worship concert. The organizers of the annual Elav event, Succat Hallel, have openly called for “a Jesus Revolution in Israel”...more 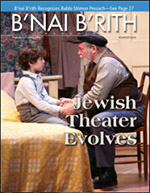 The 2015 summer edition of B'nai Brith Magazine has an article about Christian Zionists in Israel. Its author, Hillel Kuttler, takes an up close and personal look at Christian friends living in Israel, but also reports on the disturbing trend of increased missionary activity. 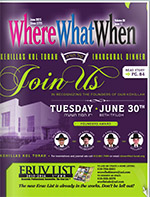 JewishIsrael is cited in the article as is Alan Schneider, director of the B’nai B’rith World Center in Jerusalem. Schneider, who once advocated for B’nai Brith to embrace Christian support, but now says “I’ve been shocked to find that some people who are true friends of Israel are missionaries—openly"...more
JewishIsrael was also quoted throughout a recent article by Eta Kushner, which appeared in the Baltimore Jewish monthly "Where,What,When.com".  The article, "Some of My BestFriends are Jews – But I’d Like to Change That", takes an in-depth look at the current missionary situation in Israel.

Thanks so much for all the important work you do, Ellen, and for posting this here.