No Historic Justification for Tel Aviv, but Shiloh on The Other Hand...

It has never made any sense to me for the insistence by Leftist Israelis and others all over the world that Tel Aviv should be part of the modern Jewish State but not Shiloh. 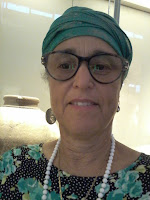 Last week I was in the Israel Museum and went to the archaeology department to visit the enormous Biblical time jug discovered in Shiloh about thirty-five years ago. Periodically I like to touch base with it since its presence there reaffirms that even the most Leftists of the academic archaeologists recognize the historic existance of Shiloh during Biblical times.

This time I noticed a map that showed the cities of the Biblical era.

Shiloh is listed/indicated, just where I live today, but there is absolutely no Tel Aviv. Look carefully at the coast directly west of Shiloh. You can see the Yarkon River and far (especially when you take into account how people traveled then) to the south is Ashdod. You can also see Beit El, Jerusalem and Shechem.  But when the Jewish People functioned as a nation thousands of years There was no city in the Tel Aviv/Jaffa area.

Jewish Historical Legitimacy is to the very cities and areas "Medinat Tel Aviv," Israeli the Leftist establishment keeps insisting must go to Arabs.

And even more ironic or hypocritical of the Leftists is the fact that Tel Aviv was established as the Jewish suburb or neighborhood of Jaffa, which was an Arab city at the time modern Zionists began to flock to the Holy Land. Jaffa Port was necessary for the Zionist commercial, industrial and political development. They invented Tel Aviv as a non-Arab city.

Shiloh, on the other hand, was totally empty of inhabitants, Arabs or others, when seven young Jewish families and a handful of yeshiva students moved here in January, 1978. There was no conflict with anyone besides the Israeli Government, the total opposite of Tel Aviv's history. All that was found in Shiloh were the Biblical artifacts from the time the Mishkan, Holy Tabernacle was in Shiloh for pilgrimage and worship, plus the remains of synagogues, churches and a mosque. In a very significant way, this is totally reminiscent of the condition Shiloh was in during the time of Joshua's conquest and settling of the Holy Land after wandering the desert for forty years.  There was no need for a military conquest for Shiloh. No war over Shiloh is mentioned in the Bible. Joshua was able to bring the Jewish People into Shiloh and establish it as the Capital without any opposition. It remained the Jewish Capital for about four hundred years.

This has been a confusing topic for me- Are you saying that Tel Aviv is not really part of our Holy land/ inheritance? I have been confused about this and asking people- most of the time the response I get is that it is nachalat Dan.

It is, but very little in terms of Jewish History actually happened there. That is why there is no city on the map. The center of Jewish History was the mountain range where Shiloh, Shechem, Beit El, Jerusalem, Beit Lechem and Hevron can be found.