Don't blame it on the Tisha B'Av fasting. I'd be upset enough about all this even on a full stomach and a morning drinking coffee!

The last straw today was when I read that the Arab terrorist murderer who had murdered Malachi Rosenfeld, HaYa"D, a few weeks ago was an American citizen. Wasn't it enough that he had a long history of terrorist acts and he had been released from Israeli summer camp aka prison in exchange for Gilad Schalit?


Just four of seven terrorists in the cell were arrested by Israel, Olam Katan revealed - among them the murderer, named as Ma'ad Hamad.
Moreover, it revealed, not only did terror cell leader Ahmad Najar kill before - he was responsible for the deaths of no fewer than six Israelis during the Second Intifada, when he was the head of a terror cell busted in 2003.
Najar, 39, led the Silwad terror cell responsible for a string of shooting and other attacks against Israelis in Samaria (Shomron). In less than a year, Najar orchestrated attacks concentrated in the Binyamin area which killed six Israelis and injured dozens.
Among his victims:
Three of his victims were killed in an attack on soldiers patrolling a highway in Binyamin in October 2003:


Wasn't it enough that he had murdered more than once? Why isn't one attempt at murder enough to get the death penalty. Isn't it enough to be executed when one attempts to murder a Jew? Why do we give them enough chances to succeed and murder yet again?

ENOUGH with this revolving door terrorism!!

And if that isn't enough? Today, davka, today the 10th of Av when we are fasting in commemoration of the destruction of our Holy Temple, the Arabs attack us on the Temple Mount and a Jew is arrested for saying a prayer.

And it's more than enough that Arabs are allowed to pray on the Temple Mount when they have holidays, but we Jews can't. 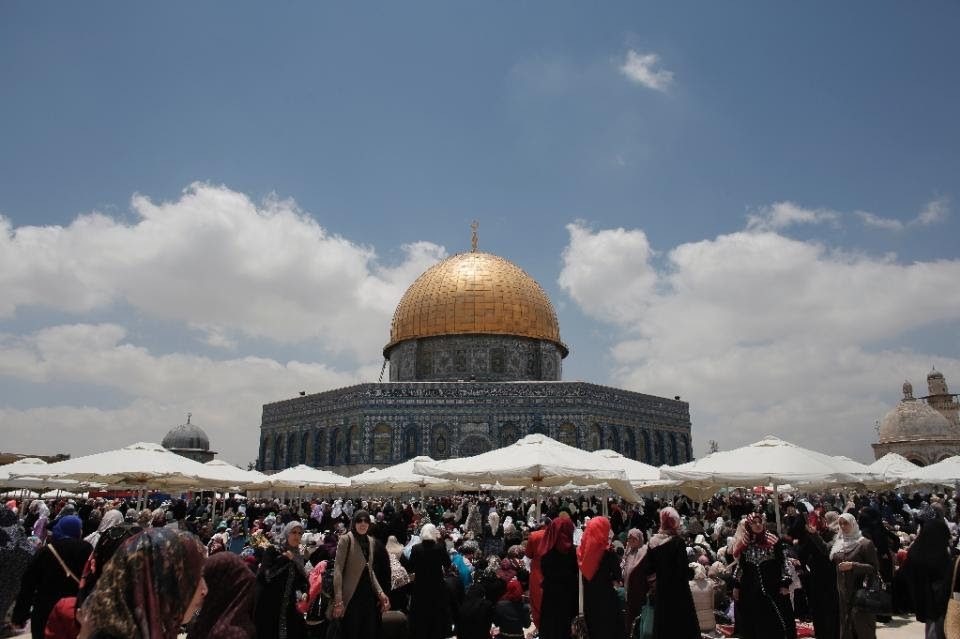 It's more than enough that we have given the Arabs virtual autonomy and sovereignty on Har Habayit, the Holiest spot in the World for the Jewish People. It it time to take it back. That is the only way we will have peace. It is up to us.

Let us clean the Temple Mount of Muslim terrorists and begin building our Third Holy Temple. That is the first step to begin Redemption and bring the Moshiach. I've had enough of living by non-Jewish values and priorities.

PS: Since Orthodox Jews are increasing as a percentage of American Jews, they should also increase their participation in pro-Israel organizations, to compensate for the declining numbers of non-Orthodox Jews.

Indeed Batya, as usual you are 100% correct- the voice of reason in a world of falsehood!! Bravo for this post! There should be a death sentence for terrorists who without any doubt have 'blood on their hands' and the HE*L with what the world thinks! They hate us anyway!! Let us pray that this is the last Tisha B'av for sadly I doubt things will change either regarding the death penalty nor Har Habayit until Moshiach arrives....

Like you, Batya, I wish more Jews, especially those here in Israel, would say that they, too, have had enough of living by others' values and dictates. It seems that all "they" (Leftist universities, media, etc. - the usual suspects) have to say is "what do you want us to become, another Taliban...or ISIS...or whatever...?" to scare us away from true Torah governance. What we must do is learn as much as we can about this very important issue and draw other Jews to it.

P.S. That may mean that Arabs will have to buy Israeli goods from other places...like the rest of the Middle East. Better that than to freely give them access to kill us!

Mr. Cohen, thanks for the info.
NG, thanks for your support!
CDG, very good points. We have just been too patient, too deadly patient.

Batya, I plan to write about the topic of getting acquainted with Torah Governance soon in my own new blog, Hava haAharona.

It took me a while, but I did the best I could. Do you have any suggestions for corrections or additions?

P.S. I also recommend this from Going Home...To Yerushalayim: "Ani L'Dodi From The City of David." This is another part of getting used to She doesn't have separate pages, so you have to search for the title or go to her previous posts.

"This is another part of getting used to..." Torah Governance. Sorry about that.

Thank you so much, Batya, for including my blog on your list. You don't have to leave this comment here if you don't want to (it is off topic, after all), but I just wanted to give you thanks and credit...SOMEWHERE.