Blogging Here, There and Everywhere 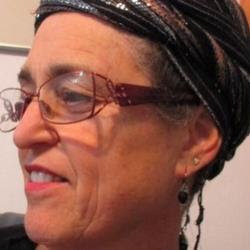 Generally people who ask about my blogging want to know how many people read my posts, but that isn't a question I can answer. I have a vague idea about this blog, but none really in general.

Besides blogging here on Shiloh Musings, the very first blog I opened, my posts appear on Arutz 7, where they are very popular. See this:

Obama and Israel: a Gemara lesson?
7

The Continued Decline of America
5

A "Palestinian State" is More Popular in Europe and USA
0

Mobs of Arabs on Jewish Buses
5

No Surprise: Rivlin's Bending Over Leftwards
0
I was one of Arutz 7's very first bloggers, and then for a couple of years I didn't blog there, but not all that long ago I was invited back. And apparently that was a wise move on behalf of the editor. It's rare for me not to have one of the top six posts according to popularity. Two out of the six is very common, and as you can see here, I've reached three out is six quite a few times.

The Jewish Press also posts my articles, and there have been times when thousands have "liked" them. Unlike the other places I blog, the editor there chooses the articles to be posted, not me. So sometimes they aren't even in the same consecutive order as when written. But my way of looking at the world does suit their readership.

My newest blog is on the Jerusalem Post, which is the hardest to gain prominence and readers. The Jerusalem Post is a proper newspaper, so their blog section is not very prominent on the site.

As I've said many times, I blog to get my message across. I think that I have a lot of crucial things to say to the world, and I certainly can't expect to find newspapers to publish my writing frequently, if at all. I'm the "editor in chief" of my very own newspaper aka blog, and unless I would be given a real paid writing op-ed position in a well-read newspaper, I don't see the point in giving up my blogging.

Keep on blogging!!!! You don't give up. You give your insights and they are on the money. It is appreciated and your voice must get out in the world.

Batya Medad, your articles are right on the money about Israel.

You're a great blogger, but you are also getting BOGGED down by too many typos, and making some BAGUE mistakes! Check over your posts once in a while, or you may end up sounding ridikulus!!!

Every great writer needs a 2nd pair of eyes (I'm not speaking of your bifocals). ;)

Looks like you are coming up in the world, slowly but surely! Perhaps, at some point hopefully sooner rather than later, you will be able to demand money for writing features. If I knew more and could come up with original, interesting content, I'd probably try harder and do that myself!

I have a great name for a blog, but can't seem to fill its persona; so, I don't have one.

I find that the best thing about writing is that when people like you and your style, there is no competition with others because, like art, each one's style is unique. Those who connect with you won't accept a substitute.

All the very best and shabbat shalom.

Any other typos? Thanks, I knew it was a mistake to trust the "little red lines."