Obama and His Knockoff Nuclear Treaty With Iran

The deal that United States President Barack Hussein Obama is promoting is as genuine as those cheap knockoff designer bags on sale in street stands and internet sites.

I'd say that the biggest difference between the American scam and the cheap bags is the marketing. Those who sell the copies usually promote their products as "looks like" the original. 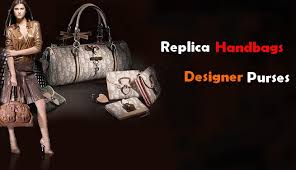 Replicas make no bones about the fact that they aren't the super expensive originals, but just as good for all practical purposes.

Obama and Kerry are not as honest.


"This deal will make America and the world safer and more secure. Still, you're going to hear a lot of overheated and often dishonest arguments about it in the weeks ahead," he said. (Jerusalem Post)

They and their henchmen are promoting their "deal" as if it was the genuine article. There are just too many holes in their "deal."


Analyst Group Calls Out Kerry, Moniz for ‘False Claims’ on ‘Anywhere, Anytime’ Promise“There’s no such thing in arms control as anytime, anywhere. There isn’t any nation in the world – none – that has an anytime, anywhere,” Kerry told CBS’s Face the Nation.
Rather than “anywhere, anytime” inspections, as critics of the deal had hoped for, Iran will apparently be able to delay access to suspicious sites for up to 24 days before sanctions could be re-initiated. (Algemeiner)

It's more like a poorly repainted used car being touted as "just like new." The Obama-Kerry "deal" with Iran will prevent the production of nuclear weapons, just like the dirt and various powders sold by the fake California doctor will cure his patients/customers of cancer.
Posted by Batya at July 21, 2015

Perhaps the entire negotiation process was not really about nuclear buildup, but rather a pretense to bring Iran back into the material/financial world (as was done for Cuba). we see that the EU is racing headlong into doing 'business' with Iran. This whole public fighting between Netanyahu and Obama over this "deal" is, I believe, universal theatrics. I think we will come to see in the coming months that the Iranian economy was the real ikkar.

I have read articles that indicated that Iran already has nuclear capabilities, and twice tried to use it to attack Israel. They just needed the missiles, which they are developed/ing. However, their attempts were thwarted. So I don't think it was really about nukes; they can get them anyway, from Korea, Pakistan, and elsewhere. The missiles that Russia was to give Iran caused more of a stir politically, but they will get them anyway.

Shia version of ISIL except with nukes

The mistake Israel has to avoid is making this a Jewish/Israeli issue.

It isn't about Israel.

Iran hates America as much as it does Israel.

Someday, the primary victim of an Iranian nuclear attack won't be Israel; it will be America.

Iran simply cannot be trusted to behave in a rational manner.

The regime's continued pursuit of the avowed destruction of its enemies makes that quite clear.

That won't change with the nuclear deal Obama and Kerry are promoting now.