1- A mediator should be neutral, totally unbiased, and the United States has never been unbiased when it comes to Israel. Follow its policies, not campaign words nor fancy speeches, please. 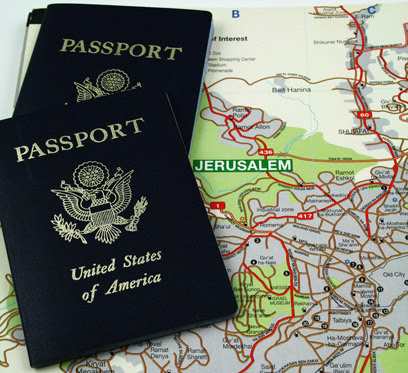 Israel's Capital City has always been Jerusalem, and the United States has led the boycott of recognition of this simple fact. It not only refuses to have their embassy in Jerusalem, but when an American citizen is born in Jerusalem, the documents don't mention Israel. This unprecedented diplomatic issue hasn't been ignored. Finally some American parents have taken the legal step of challenging this, and it will soon be heard in the American Supreme Court.
U.S. foreign policy concerns loom large in Jerusalem passport case


On Monday, the nine justices will consider whether the administration of President Barack Obama must follow a law enacted by Congress that allows U.S. citizens born in Jerusalem to have Israel listed as their birthplace on passports...The case was instigated by the parents of Jerusalem-born U.S. citizen Menachem Zivotofsky because they want his passport to state that he was born in Israel. Ari and Naomi Zivotofsky sued on behalf of their then-baby son in 2003... (Reuters)

The United States Government, no matter who the president is, has its policy, and it is anti-Israel.

2- This aspect of American policy isn't the only proof of the impossibility of these "negotiations." Fatah's Mahmoud Abbas is pro-terrorist, so why are we recognizing him as a "peace partner?"

[Al-Hayat Al-Jadida, Nov. 2, 2014]
Two cartoons in Abbas’ official Palestinian Authority daily encourage Palestinians to throw stones at Israelis. One cartoon showed a father and son before an Israeli Police barrier at the entrance to the Dome of the Rock. The father hands his son a slingshot and the text instructs:
“Purification before prayer is performed with stones.”
The other cartoon showed a man standing on top of the Dome of the Rock shooting with a slingshot while giving blood to the Dome. 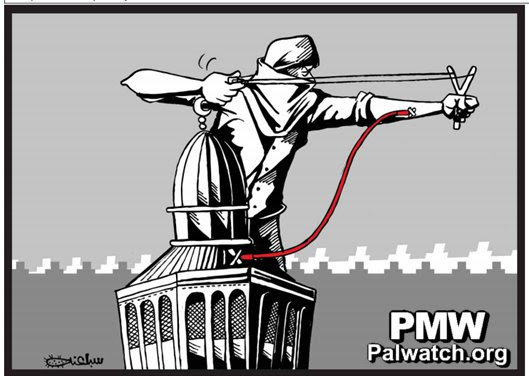 Stone-throwing at cars has led to the deaths of many Israelis, such as the deaths of Asher Palmer and his infant son Yonatan on Sept. 23, 2011.
For years, the Palestinian Authority and Fatah have voiced the libel that Israel is planning to destroy the Al-Aqsa Mosque and other Muslim holy sites. Lately, Palestinian leaders have been condemning Jewish visits and those who wish to pray at the Temple Mount, warning of the “danger” of Judaization of Jerusalem.


Such a warning was issued by PLO Executive Committee and former PA Prime Minister Ahmed Qurei (Abu Alaa), who warned of the conference organized by Rabbi Yehuda Glick, who was later shot and critically wounded by a terrorist.

PA Chairman
PA Chairman Abbas himself even implicitly called for violence to prevent Jews from going to the Temple Mount, as documented by Palestinian Media Watch.

Abbas is a leader and supporter of the Arab terrorists, and that certainly should take him out of the running as "peace partner!" We should jail him in solitary instead!!!
Posted by Batya at November 03, 2014