How could I not begin today by blogging about the Arab terror attack in Psagot?  Even though I already had a slew of tabs for news sites with more or less the same news about the nine year old girl, amazingly alive, after being shot in the upper chest or neck (not clear from the news I've read so far) I decided to google it and see which news sites have it featured:

I had been following the story last night before going to sleep.  This morning there isn't all that much new about the story except for the fact that definite signs of a break in were discovered, and Israeli security forces entered Ramallah to search for the terrorists.  Even the New York Times has the story, though I have no idea if it will be featured or buried.

Psagot is in the same regional council, like a state or county, as Shiloh, Mateh Binyamin, the Benjamin Regional Council.  If I can trust my memory, it was a brand new yishuv when we moved to Shiloh in 1981.  It's just to the east of Ramallah, and the running joke was that it was a new neighborhood of the Arab city.  In those days the main road from Jerusalem to Shiloh went through Jerusalem's Arab neighborhoods in the direction of Atarot, then straight north through Ramallah-Al Birah, passed Beit El and then followed to the east after the Jelazoun refugee camp, then Vaadi Charamiya continuing norhth to Shiloh.  The present route via Jerusalem's Pisgat Ze'ev, Adam, Sha'ar Binyamin, Ma'avar Michmas, Givat Asaf, Ofra, Vaadi Charamiya and then Shiloh is the post-Oslo road that Yitzchak Rabin had built so that Jewish Israelis wouldn't need to drive through Arab towns. 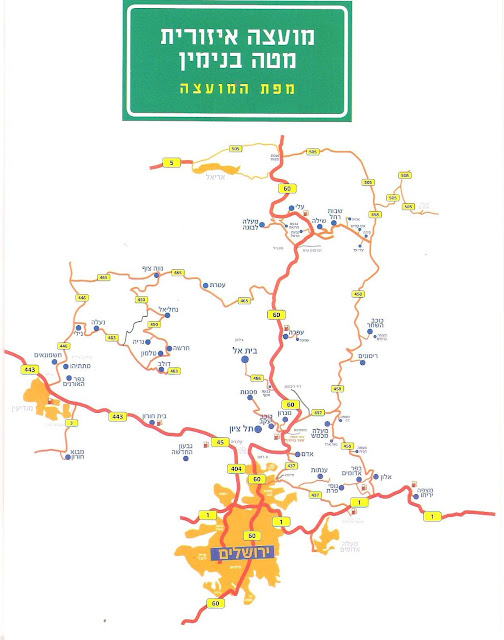 I'm sorry that it's in Hebrew.  I hope that when the English language Mateh Binyamin site is functioning, there will be a good map.  Psagot is in the middle, about a third of the way up.  It's the lower and smaller of the two "dead end," (end of the rod) communities.  The larger, northern one is Beit El.  This map doesn't show Arab towns and villages which distorts the situation.

Here's another map, also in Hebrew form the Mateh Binyamin site that shows an "unofficial" road that connects Psagot to the road to Beit El.

Click the map to make it larger.  Psagot פסגות is still about one third from the bottom and just under Beit El, which is at the end of a road.  Underneath is a "pro-Arab" map. 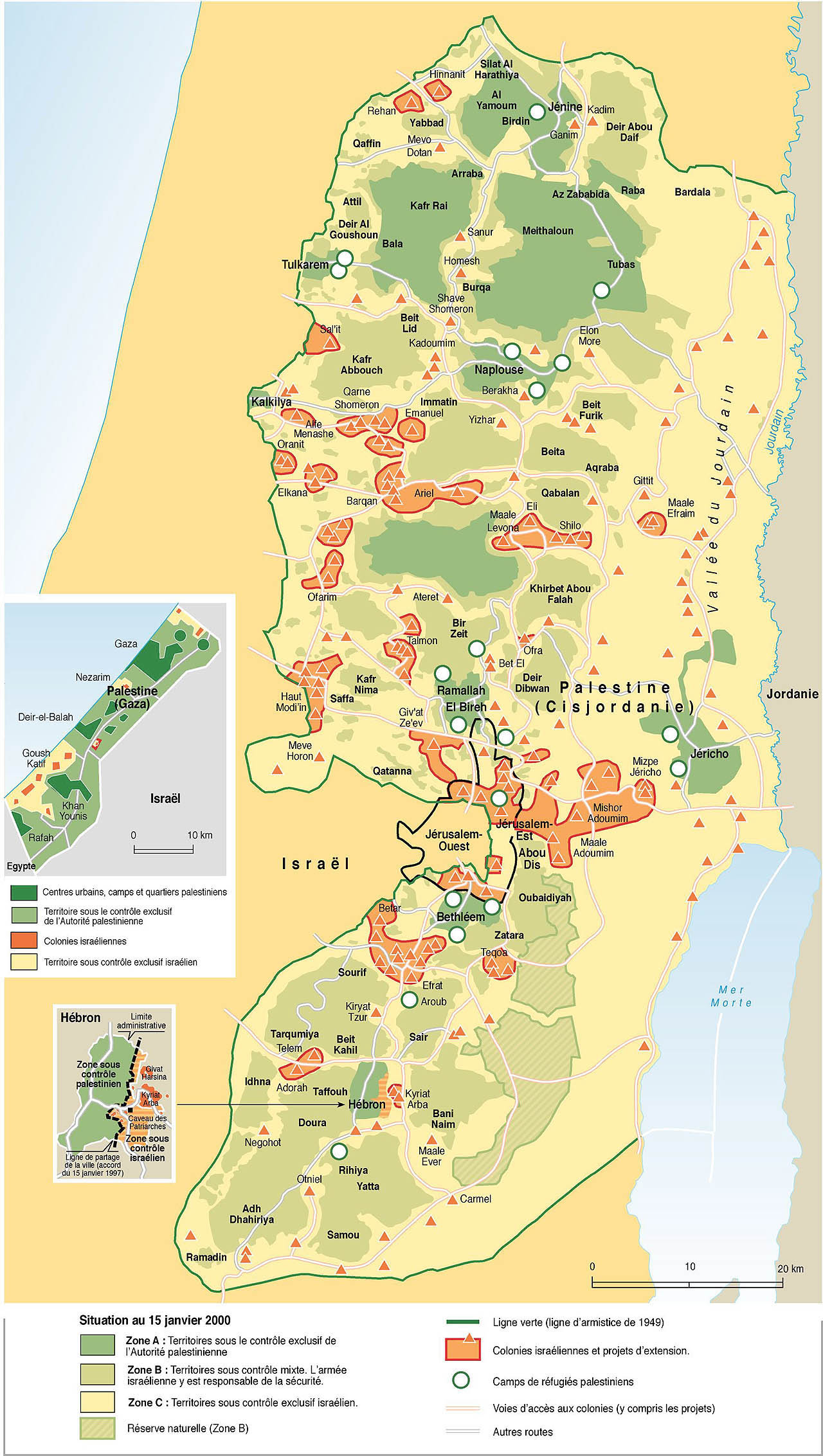 Click it just north of Jerusalem to enlarge.  Psagot is the triangle to the right of the "H" in Al Birah.

The Jewish Press has been keeping running updates on the situation in Psagot, where there has been a lockdown and searches to make sure the terrorist/s isn't/aren't still there hiding.

I don't know what family the girl is.  I could possibly or even probably know them, or the grandparents.  There's a chance I've helped them at work in Yafiz to buy clothes.  It's also very possible that my children know the girl's parents.  I could have taught the father, or uncles when I was an English teacher in Yeshiva High School Beit El. When it comes to Jewish geography here, connections are much closer than in other parts of the world.

One thing is for certain.  This Arab terror attack is clear proof that there would be no security, safety for Jews any place in Israel if a Palestinian State is established.  No fence can hold in determined terrorists.  Trying to protect innocent Israelis from Arab terrorists will be impossible, whether in Psagot, Jerusalem, Kfar Saba, Beersheva, Haifa or Tel Aviv.

The Arabs, our so-called "peace partners" sic have one simple aim, and that's our destruction, G-d forbid.  They support terrorism against us at the same time as they pretend to negotiate.
During the current peace talks between the Palestinian Authority and Israel, Fatah chose to glorify violence and Martyrdom death as the way to determine "the borders of the homeland":

"My homeland taught me that it is the blood of Martyrs (Shahids) that draws the borders of the homeland."


There is only one logical thing for Israel to do and that is to declare:

The "two state solution" an unworkable danger to our existence, and we cease all negotiations. We Israelis will always behave peacefully when given peace, and we will destroy terrorism when attacked.  From now on there will be the death penalty to all Arab terrorists who even attempt to murder a Jew.


That's the only thing that will bring us peace.
Posted by Batya at October 06, 2013

Lots of important info there! Thanks! Do you happen to be in Jerusalem tomorrow? Would love to meet up for a coffee in town. Husband going to learn and am off the leash!

Sandra, thanks.
email me. I'll be in Jerusalem Tues and Wed

I will have to let you know re Tues or Wed. I don't know your e mail, other than contact on here, which is too public!

Please explain to us why the government of Israel treats the attempted murder of a Jewish child like its nothing but brays to the moon about Iran?

How come the possible deaths of millions is a considered a more depraved act than the possible murder of an individual? Why isn't the latter a red line?

A government that won't protect Jewish children is not a government that is going to keep Iran safe from Iran. Here the difference in genocide is one of mere numbers and Israel still cannot be stirred to act.

This is what we face today and oh yes - the Canaanite god Molech is alive and well in Israel today! So much for peace in our time.

looks like they are now going to terrorize Binyamina. When the pales.. start attacks in any region of Eretz Yisrael, I believe it reflects that that area is being negotiated over or being discussed by Dippi and Assa. They start terrorizing Jews in an attempt to claim that area as theirs. I don't believe its random, it seems planned.

Norman, good question. So do you also think that Bibi's speech at the UN was, as usual, just words?

Neshama, all Jews are in danger, not just here. And if there's an Arab terror state, G-d for bid,it'll be worse.

Batya, just to let you know here in Canada, our CBC news, broadcast the news of the little 9 year old.

Thank Gd she is Recovering. May she soon be fully well. Amen.