Bible Thoughts- Was Ruth a Contemporary of Chana?

A Dvar Torah for Shavuot

Even though the Books of the Bible aren't printed in this order, Megillat Rut, The Scroll of Ruth should be lodged between Shoftim Judges and Shmuel Samuel.  That's if you want a historic narrative.  The Naomi-Ruth-Boaz story took place at the end of the period of Judges, when there was no leadership and everyone did what they could rationalize as right and just or as it's said in modern Hebrew:

That's anarchy or very "me generation."

The only bright spots in the time of the Judges were the women who were able to visualize what was needed to save the Jewish People from themselves, very similar to today's dangerous situation.

The women who changed Jewish History, taking us out of the downward spiral of the Judges and upwards into מלכות Malchut Kingship were Naomi, Ruth and Chana.

Yesterday at Matan after listening to Dr. Yael Zeigler teaching us about King David, I asked her a question that was based on the internet course she teaches about Megillat Ruth, Herzog College.  I wanted to know if any commentators, Biblical experts or medrashim say that Chana knew either Ruth or Naomi personally.  I had wondered if Elkana and Chana's wanderings to recruit pilgrims to pray at the Mishkan Tabernacle in Shiloh could have gotten them to a location where Ruth or Naomi had been at the same time.  She couldn't confirm it.

Apparently, Elkana's recruitment was from the tribal areas of Benjamin and Samaria, not as far south as Beit Lechem, which is in Yehuda.  So unless Naomi took Ruth and Oved (the child of Ruth and Boaz) to the Mishkan in Shiloh for prayers, they couldn't have met.  But could Chana have heard the story of Naomi, Ruth and Boaz?

I've always marveled at the centuries long history of that difficult time.  As bad as it was, the Jewish People remained a people.  Experts, Chazal, our sages say that Shiloh was the spiritual and administrative capital of the Jewish Nation for 369 years, an awfully long period of time.  That's a lot longer than the United States of America and most modern countries have been in existence.  Travel was long, difficult and dangerous then, and communications even worse.  But still there was contact between Jews living all over the Land of Israel. 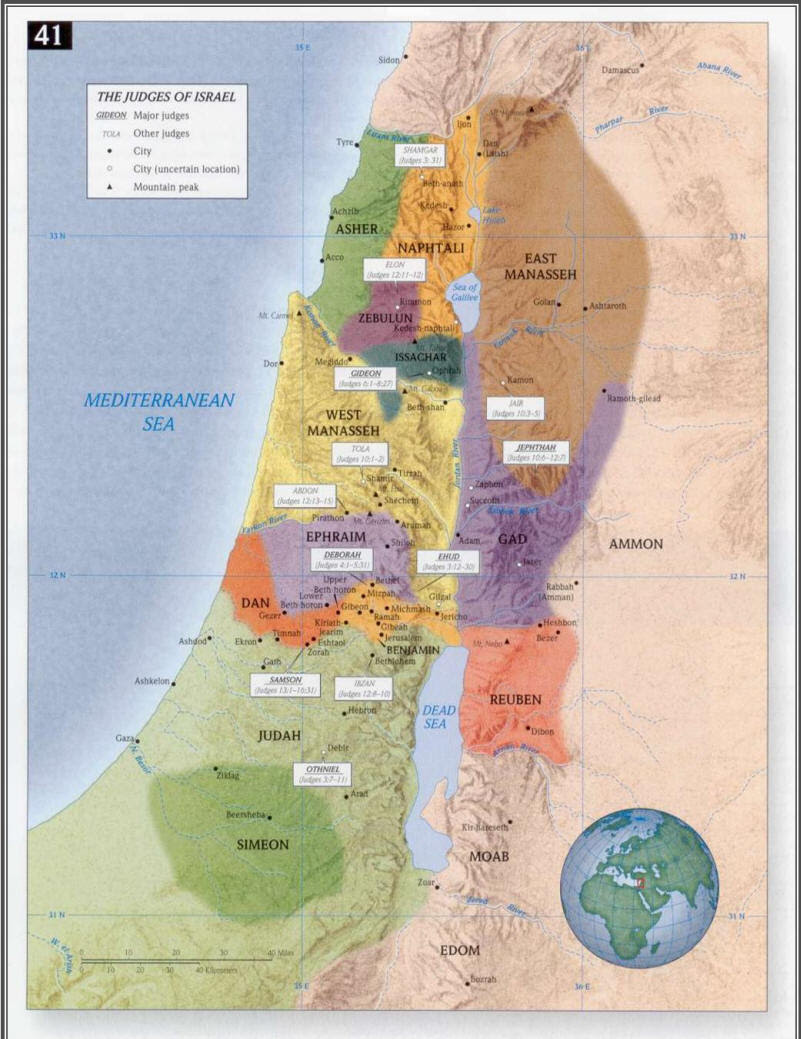 Just think about how fickle and quickly forgotten today's history is.  How could it be that today thousands of years after archaeological experts confirm that the Bible took place, we still celebrate the same holidays and study the same texts and the Jewish People have returned to the very same locations?

There is only one answer, the Hand Power of G-d.  Since we know the story of Naomi and Ruth, then I have no doubt that Chana, too, knew that Naomi had orchestrated the Judean line of Kingship via Ruth and Boaz.  Chana also knew that מלכות Kingship needed a facilitator, a leader from the Mishkan in Shiloh to unite the Jewish People and ready them for a King.  For that person to be born she had prayed to G-d. Her son Shmuel, Samuel was entrusted with the task, and she trained him for it.

After Chana had weaned Shmuel she brought him to Shiloh so he could study G-d's Laws from Eli the High Priest, but she returned with new clothes for him and taught him about Jewish Leadership and his responsibilities to the Jewish People.

It was Shmuel whom G-d entrusted to anoint the first Kings, Saul and David, the great-grandson of Ruth and Boaz.

Do you have a way of sending me the map.I can't seem to get it and it would be really useful for our Shavuot table and discussions?
Have lovely Chag! Learn well. Sandra

I think that pointing out that they all lived at the same time is realy interesting. However, I am not sure that Channa would have heard their story, since it is only when David is finally annointed king that the whole procedure is vindicated.

In the megilla, we see the problem with people accepting the idea that a Moabite woman could convert, and even till the time of King Saul, people criticised this (e.g. Doeg the Edomite), so while it would be fascinating to write a conversation of them all meeting up at Shiloh, this would still be at a time where the whole of what Naomi had done had not yet become clear.

keren, megillat Rut was written by Chana's son Shmuel. It wasn't written by David, so maybe he heard it from his mother... and that's one of the reasons he knew that David didn't need the same "coaching" Saul did as king.

That is a a brilliant idea

My tears are bitter
My lips move but I'm silent
I pour out my soul.

That day in Shiloh
The Lord heard my heartfelt pray'r
He anointed me,

My pray'r had purpose
Samuel means I begged the Lord
My anguish is gone.

His praise I will sing
My womb is no longer closed
My son will be His.

I'm blessed with His grace
I offer him my Firstborn
Through my suffering
In my soundless pray'rs
He saw my sincerity
Zebaoth is good.