Tsippi Livni Quits, Thank G-d, Not Even Kadima Wants Her 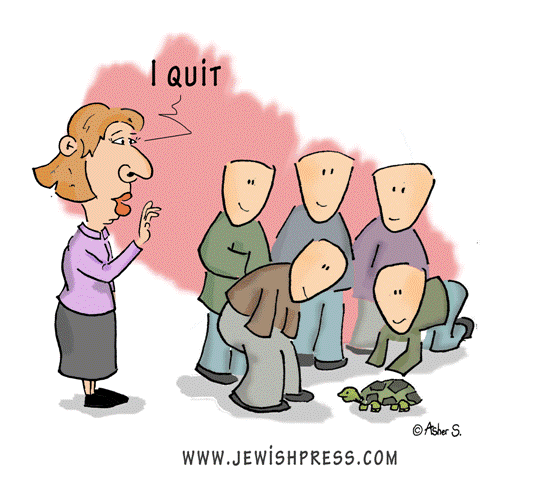 The former Kadima leader also hinted at the possibility of her return to politics through different avenues, that she was "leaving the Knesset at this point, but I'm not retiring from public life," saying that Israel was "too dear to me."
In her speech, Livni warned of an existential threat Israel faced under its current leadership, saying that "Israel is on a volcano, the international clock is ticking, and the existence of a Jewish, democratic state is in mortal danger." (complete article)

I doubt if she has enough support to add another political party to the crowded Center-Left.  Kadima roundly rejected her, and Yair Lapid probably doesn't want her.  Ditto for Shelly Yachamovitch of Labor.  No doubt she'll join the anti-Likud lecture circuit in the states and Europe whenever Ehud Barak (and other stooges) can't make it or is considered too tainted by his close association with PM Binyamin Netanyahu.

Livni proved herself a rather inept politician when she couldn't convert her Kadima Party's popular vote victory into a coalition magnet.  And from then on things just went downhill for her and Kadima.  Tsippi's vision was limited to just being negative.  I guess she called it giving the people a choice.  But the closest thing to vision she had was imagining herself as Prime Minister of Israel.  That's not in her future.  If she couldn't do it after the last elections, she never will.  And most Israelis are very happy about that, including her relieved Kadima Party.
Posted by Batya at May 02, 2012

The problem was not so much with her being a woman but with the fact she wasn't a very positive person.

In the end, she turned off every one who had supported her. The cause of Tzippy Livni's downfall from grace is Livni herself.

No one is going to miss her in the Israeli political scene.

There's no anti-female aspect to her unpopularity. Tsippi Livni is just a nasty negative wannabe.

(No, Mrs. Othmar is Linus' and Sally's teacher).

You give Tsippi too much credit and maturity. She's one of those permanently "terrible two's" who just says "no" because she has no original ideas.