This week, when I traveled by bus on Jerusalem's main street, Rechov Yaffo, Jaffa Street, I kept thinking of the day, decades ago, July 1960, when my family went to Brooklyn to take a last ride on the Brooklyn Trolley. 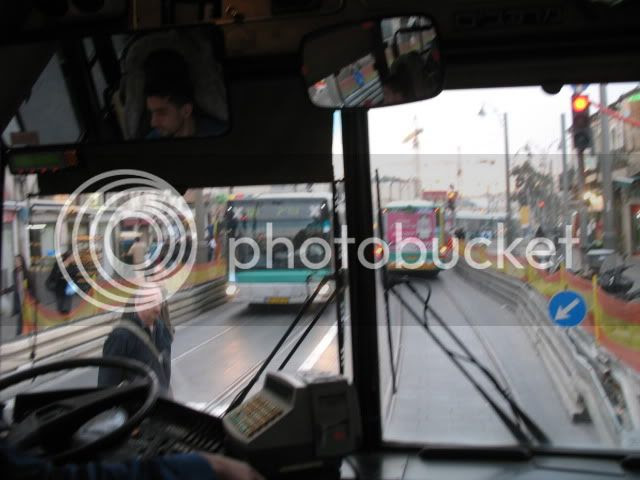 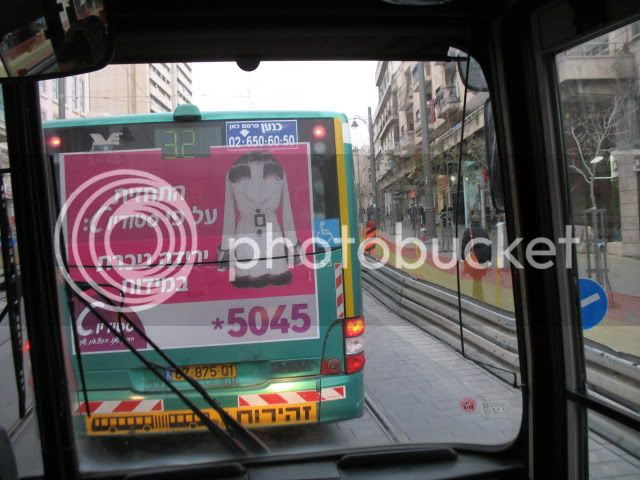 My parents and I were born in Brooklyn where most of the clan from both sides lived.  We were among the first of our family to adventure out when my parents, as a very young newlywed couple, signed up for the Veteran's Housing being built in Bayside, NY, Bell Park Gardens, an idyllic garden apartment development full of other young families, about 90% Jewish if not more.

As I remember, we went to visit one of my mother's siblings, had so much fun visiting and talking that we never got to go on the trolley!

Isn't it amazing what kids remember...  I have no memories of being on a Brooklyn trolley, but that doesn't mean that it never happened.  My mother used to take me to see the family by public transportation, from Queens to Brooklyn, until just before I turned three and my brother was born.

So this week, as I traveled by bus on Rechov Yaffo I just had to whip out my camera and shoot those pictures, while memories of my almost ride on the Brooklyn Trolley rushed to my mind.  As you can see, there's barely enough space on Rechov Yaffo near Machane Yehuda open-air market for the two sets of lightrail tracks.  There won't be room for buses at all.
Posted by Batya at January 13, 2011

I recall buses and subways costing a nickel a ride. Then it jumped up to - GASP - a dime!

And the Staten Island Ferry was free.

But then the nickel was worth something.
I'm really enjoying the Jerusalem bus transfers. Frequently I can use them round-trip, not that I save all that much, since I pay "vatik" rate.

Going to London? Make sure to include the London Transport Museum on your itinerary. It's not just for kids.

Doesn't everyone in Israel miss the old British Leyland buses with the full length chrome bar at the top back of each seat, which we constantly bumped our heads on when dozing off during a long trip or a hot summer ride?

NYC also has a transport museum, but I haven't seen it. I remember one of my kids bumping teeth, not pleasant.