Considering that I was injured in the first ramming terror attack over twenty years ago, I'm a bit hyper-worried about them. I must admit that I had seen the car that hit me approach, but then I turned away to tell my friend that I wouldn't go in since the driving wasn't good.

I learned my lesson and since then I've been pretty alert to what's happening on the road when I wait for a bus or ride. I'm known as that crazy old lady with the American accented Hebrew telling others to be careful. I've even told soldiers that they're not doing their jobs when they ignore dangerous behavior. And I've bitten my tongue many times when I've wanted to tell soldiers supposedly guarding that very stop outside of Ofra that they should be paying attention to the traffic, potential terrorists, and not chatting or looking at their phones.

Many times when waiting at that stop outside of Ofra, I plan escape and wonder how badly injured I'd be jumping into the nearby ditch.

Well, that nearby ditch is a lot better than what we have outside of Shiloh going north. Honestly, I don't remember waiting there for a ride, but many times I've gotten out of rides, and I don't like it. 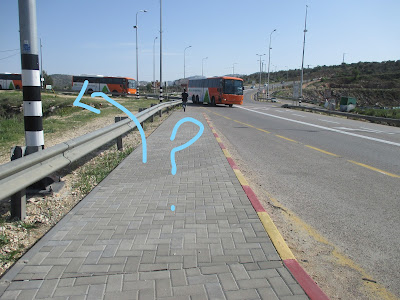 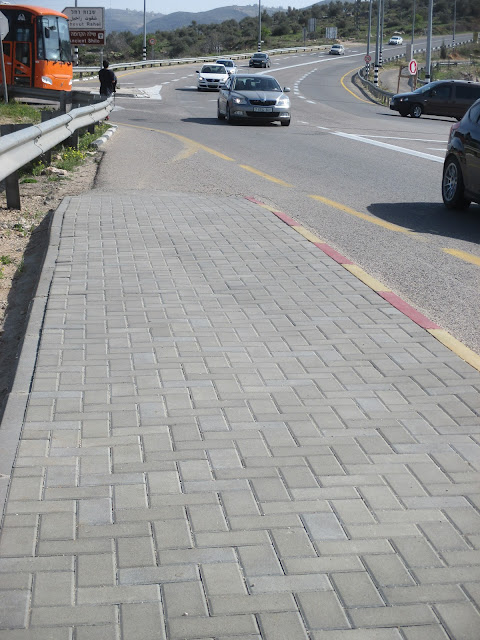 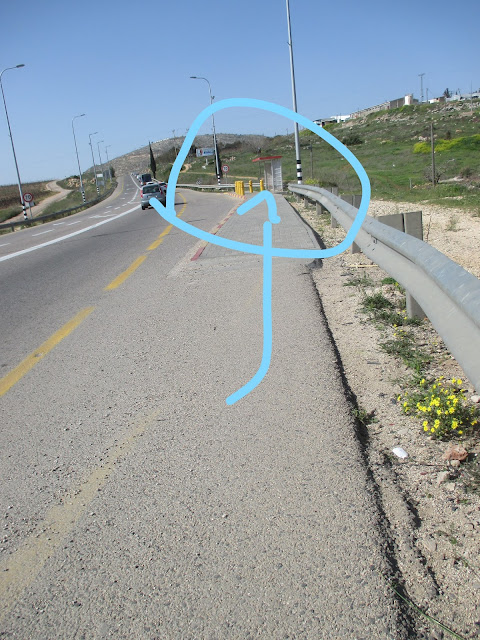 When they fixed it up and put a few protective poles, they certainly didn't think of everything to protect someone who just has to go a hundred meters or so to the Shiloh Road/entrance.

I took these pictures a couple of weeks ago planning on writing about how nervous this makes me, but I hadn't gotten around to it. This morning this was a terror attack at Ofra's entrance resulting in the death of a young soldier.
Posted by Batya at 3:33:00 PM

If Jews intermarry with non-Jews, then He will NOT help the Jews conquer the Land of Israel; and even worse, the sin of intermarriage will cause the Jews to be driven out from the Land of Israel.
http://shilohmusings.blogspot.com/2016/11/guest-post-joshua-chapter-23-verse-12.html

The Biblical Book of Jeremiah, end of chapter 17, teaches:

If the Jewish people observe Shabbat [the Jewish Sabbath] then Jerusalem will be ruled by Jews forever (verses 24 to 25).

But if Jews DO NOT observe Shabbat, then the Land of Israel [literally, Jerusalem] will burn with fire (verse 27, last verse of chapter).

And what does that have to do with the price of tea in china?

Lol@Batya. Maybe its the black hat idolatry that is causing us to lose the land since they are against God. See Isaiah 29:13