Equating Judaism with Islam and Christianity Belittles Our Legitimacy

There are so many forms of antisemitism, and some are so artfully subtle. Not every antisemite is a raging violent Nazi. 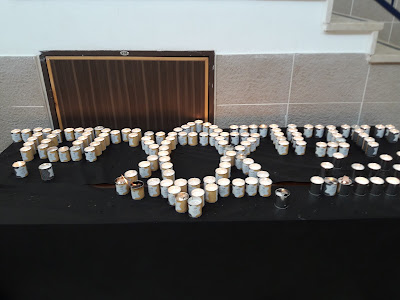 Nazis have gotten all the "bad press," because they not only murdered others, besides Jews, but they attacked and conquered many countries in an attempt to take over Europe and then the world.

Personally, I'm more concerned about the "even handed" who give "legitimacy" to religions that promote "identity theft" and have "hijacked our Bible, historic narrative and Land. Yes, I'm referring to Christianity and Islam. That's why I'm not at all consoled by attempts to "include" Judaism's connection to Jerusalem along with Christianity and Islam by UNESCO. Equating the three religions is so historically inaccurate that I see it as a very obvious attempt to distort Judaism's role and connection not only to the Land of Israel but to the actual development of the two other religions.

Judaism, the Jewish People and History existed, with documentation, for two thousand 2,000 years before the beginnings of Christianity. Actually, Christianity first developed as a version of Judaism by Jews. It took a few hundred years for them to declare Jesus a god and leave the Jewish religion and people completely. But they never completely severed their ties with our Bible and Land, even when they set up their headquarters in the Vatican. That's why they call their bible the "new"testament. They see it as a revision of Judaism, and that's why I make a point of calling it the "Christian bible." To use their name for it is a recognition of their legitimacy. The thriving and continued existence of the Jewish People is highly problematic for Christian theologians, because their main principle is that they have replaced us as god's people.

Islam also developed to replace the Jewish People and its Koran includes some biblical stories for that purpose. One thing that the Koran does not include is Jerusalem. All of this emphasis on Jerusalem as central to their religion is more recent and insidious.

I, for one, am not at all comforted by any attempt to include Judaism in the group of religions connected to Jerusalem and the Holy Land. I think that lumping us all together is extremely dangerous and delegitimizes us, our religion and history. By accepting that problematic premise we are participating in an ideological Holocaust against ourselves.
Posted by Batya at April 25, 2017

Contrary to what many people believe, Judaism does not worship the same G_d as Christianity or Islam.

The G_d of Judaism has no physical body, and therefore cannot be the same as the god of Christianity, who assumed human form.

The G_d of Judaism does not sleep (Tehillim, chapter 121, verse 4), and therefore cannot be the same as the god of Christianity, who slept (Matthew, chapter 8, verse 24).

The G_d of Judaism cannot die, and therefore cannot be the same as the god of Christianity, who died.

The G_d of Judaism made eternal covenants with the Jewish people, and therefore cannot be the same as the god of Islam, who rejects and hates Jews.

Bayta, since the subject of this most recent blog post is anti-Semitism:

Crucially valid points, Batya. Thank you for voicing them.