I'll start with my conclusion, and then I'll rant, so you'll understand why I'm saying this. 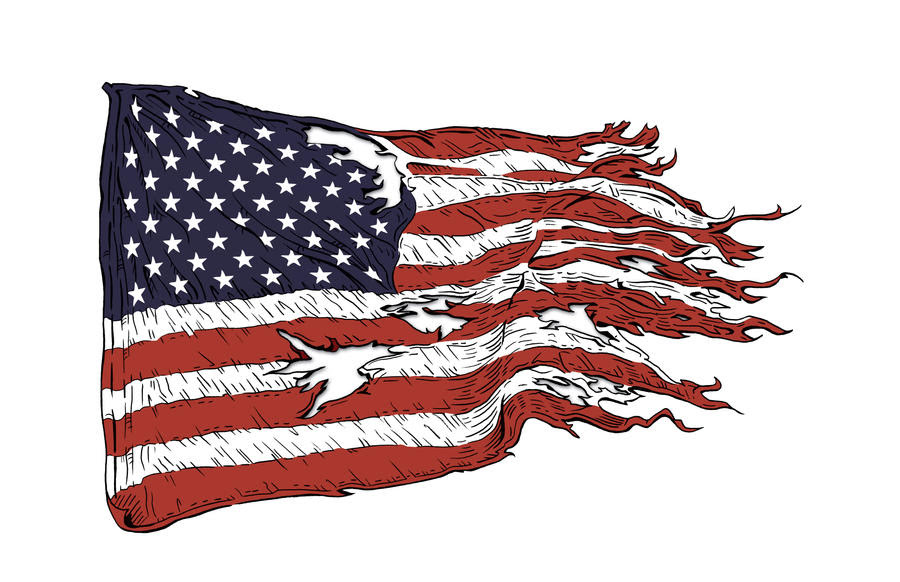 After years of blogging that there's no moral reason for me, having been living in Israel since 1970, to vote in American elections, I'm probably going to change my tune and vote next time.

This post may disappoint a few readers, because it isn't intrinsically anti-Obama. As incompetent and dangerous a president he may be for the USA, he isn't a dictator. There's a brilliant "checks and balances" built into the American Government system to prevent such a thing. I blame the entire system in general, not one person.

My husband and I made aliyah, moved to Israel when we were in our early twenties, all of twenty-one and twenty-three. Yes, you can do the simple math to calculate our ages if you want. Since then we have only worked in Israel and have no way to ever expect American Social Security or any other financial benefit from the American Government. All we have ever asked is to keep our United States passports up to date, which is a privilege we pay for each time.

We aren't wealthy. We pay our taxes here in Israel. And we've both reached the age to receive Israeli old-age payments from Bituach Leumi, National Insurance.

The American Government has revised its tax laws and now requires all expatriates to file income tax returns according to their laws.


I am an American living and working abroad. Do I need to file a US tax return?Regardless of where you live now, being a United States citizen requires that you file a yearly tax return with the IRS. Green card holders and all US citizens are required to file a US return, no matter where they live, as long as their income (earned in-US and abroad) is just over $9,000. Many people wrongly assume that because they have never owed money to the IRS, they simply dont have to file.  Earning anything over $9,350.00 does require you to file, however.  The US has treaties with many foreign countries that will reduce or even eliminate actual owed tax. You cannot, however, take advantage of these benefits if you don't file. Do I need to file a State Tax Return?As is the case with many legal matters, each US state sets its own rules regarding state taxes and expats. Some states do demand that you file a state return, while others release you when you move away. The rules can be complicated, so be sure to ask your tax preparer before making assumptions as to the requirements of your former home. The most stubborn states are New Mexico, California, Virginia and South Carolina. If you moved abroad from one of those states, it is unlikely that you have been released from the obligation of filing.  To read more about this issue see: State Taxes and the American Expats - Can You Ever Set Yourself Free? (ACA)

Regular readers of my blog know that American Consulate spies, officials who didn't deny that they were spying, information gathering, when I explained they were "spies" to my elderly father when he was living with us. During the most recent visit I asked them about this tax law. Straight-faced they claimed to know nothing and could give no advice. So I asked for the tax specialist, and I was told that it wasn't a responsibility of the consulate.

I offered to set up and host an information event here for American citizens about the tax law. Nothing has come of that.  I also asked for their specialist in Social Security to help a neighbor who lost hers for reasons she can't discover. They don't have anyone in the consulate to help Americans with Social Security problems either.

About taxes, they recommended that I pay an American accountant to help me fill out the form. I can't afford that. I checked prices, and it's well over my budget, especially since I won't be getting anything in return from the American Government.

There are two urgent issues that hit many expats hard in the pocketbook:

The final straw that has convinced me to change my policy and start voting in American Elections is the tax issue. I want to be represented in Congress and the Senate. There are so many expats like myself who would vote for candidates campaigning to repeal the law or at least provide free guidance in filling out forms.

No taxation without representation!!!

I also came to Israel very young (I was 3 weeks before 18) and I never paid taxes in the US. I am not eligble for Social security and I am already collecting social security in Israel. I don't understand this about the taxes. I think that we should just igore it? I hope I won't get arrested on my next trip to the US.

Batya and anonymous and any other interested people -- PLEASE PLEASE PLEASE take a look at the IBS forum (www dot isaacbrocksociety dot ca) to find out about issues of this nature. They've got tons of extremely valuable information and experience to share. Please do this ASAP [no, that doesn't stand for "After Sukkot, After Pesach].

a2, interesting
www.isaacbrocksociety.ca
Yes, it does seem best to just ignore it.
a1, I've been saying "in jest" that it's Obama's way of increasing american employment. He needs more accountants in the government to go through these forms.

I live in Canada, am not a U.S. citizen or Jewish. But I do do taxes, and saw this on Facebook.
Don't just ignore this law. There are repercussions financially through your banks, due to the fact that the U.S. govt.'s treaties with foreign countries are going to force them to reveal the bank accounts and tax info of ex pats, or face penalties themselves. I'm not saying do it, but perhaps band together and get someone that is up on U.S. tax laws to give you the straight goods.

Thanks, really scary. Is this just Obama's way to give more govt jobs?

I live in Canada and we are not ignoring this law but actively fighting it. I am a resister and will not give in to what I consider a foreign law. I have never lived nor worked in the US and I do NOT intend to give in to the bullies regardless of whether my bank RATS me out to the IRS! They can go to hell, I will never file their forms and I will never cross their accursed border again. I am a proud resister! Go to www.adcs-adsc.ca to help us fight this in Canada. Once we defeat it there, it will have to collapse everywhere else. There are over 1 million so-called 'US persons' in Canada plus their families and business partners which adds up to about 10% or more of the Canadian population. We are fighting our own government's capitulation. RESIST THE US BULLIES!

GwenD, thanks, the American law is undemocratic. If you guys can fight it, that would be good for all of us.