Apparently Israel's Economy Minister Naftali Bennett was sent off on a Public Relations junket to the states relieving Prime Minister Binyamin Netanyahu of the chore. Not too many Israeli Government officials can hold their own against the very professional and anti-Israel veteran CNN reporter, Christiane Amanpour.

Bennett may not have the charm or perfect "radio voice" Bibi was blessed with, but his mind is quick and his mouth is fearless.  Too many Israeli officials are wowed by their fame and the chance to appear on the international screen/scene, so they act more like adoring groupies than professional representatives of the Israeli Government and People.

Bennett must have taken my advice, which I blog periodically, about how to handle bad questions.  Many times over the three decades plus I've lived in Shiloh and had to handle journalists and all sorts of groups and visitors, I've found it necessary to "correct" or even refuse to answer a badly worded or conceived question. In this case Bennett refused to accept the wording of one of Amanpour's questons which included the term "occupied territories."


Israel’s Economy Minister Naftali Bennett took CNN’s Christiane Amanpour to task in a tense television interview on Monday, objecting to the anchor’s insistence on referring to “occupied territories,” to which the leader of Israel’s Jewish Home party responded flatly, “One cannot occupy his own home.”

If Bennett and the Israeli Government, which he represents, really believes what he said to her, then there is no logical reason for us to be negotiating with the Arabs to invent a new Arab country which will be called "Palestine" to be placed in the very heart, actually taking over most of those very same "territories." 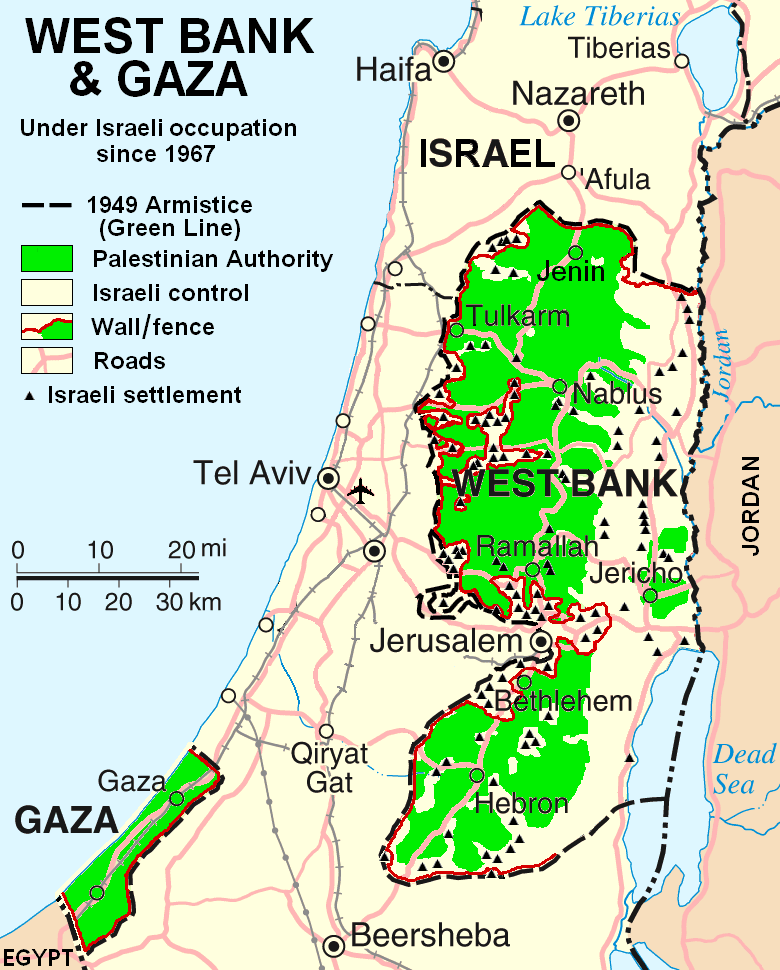 Isn't it beyond insanity, totally illogical to permit, facilitate and certainly promote a state in the heart of or even adjacent to one's land borders that has as a raison d'être your very destruction and replacement? 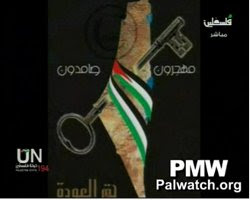 The Palestinian Authority paints a picture - both verbally and visually - of a world in which Israel does not exist. Children’s educational TV teaches that Palestine currently is a "state" (Arabic "dawla" = state) covering 27,000 sq. km - i.e., an area that includes all of Israel (the entire West Bank and Gaza Strip total only 6220 sq. km). Moreover, all Israel’s cities and infrastructure are referred to as "Palestinian": “Palestinian ports ... [are] Haifa, Jaffa, Ashkelon, Eilat, Ashdod, and Gaza". [PA TV (Fatah), Sept. 1 2008]. PMW

That's why I don't get all relieved and excited when I hear one of those speeches and interviews like Bennett's from Israeli Government officials. It's PR Public Relations which is far removed from actual policy. It's like the distractions magicians use so we don't see how they do their tricks.  At the same time Israel's Supreme Court is more powerful than the government, and the government hasn't done anything to remind the "justices" that they are supposed to make rulings according to law and not their personal opinions and agendas.

And also, in direct contradiction to the NRP-Bayit Yehudi election campaign, they have no real government power in terms of policy.  This is all illusion, including Bennett's interview and determined words.
Posted by Batya at November 20, 2013

And Israel's new leftist Attorney General Shai Nitzan, will have more say over government policy than even Netanyahu or Bennett.

Pay attention to the wizard behind the curtain. Nitzan's elevation says more about the Netanyahu's government direction than all the interviews Bennett can give to the US mass media.