If Iran Will Still Build Its Nuclear Reactor, Then What Deal is Obama Celebrating?

Since I frequently try to get to the source of news articles and have discovered that most news sites, internet newspapers etc all base their articles on the same sources, I've been checking out Reuters.

This doesn't sound good!  And the following from TIME Magazine, hat tip Arutz 7, sounds even worse:


Israel and U.S. to Hold Military Exercises When Iran Deal Ends
Despite the interim deal between the U.S. and Iran, Israel will still beat the drum of protest until the six-month agreement expires, when a joint military exercise with the U.S. will help it ram a message home to the Iranians, says a high-ranking Israeli official

There's something really fokokt about the deal United States President Obama has pushed and applauded.

This sounds very impressive, but the Iranians claim that they didn't agree to stop their nuclear program. 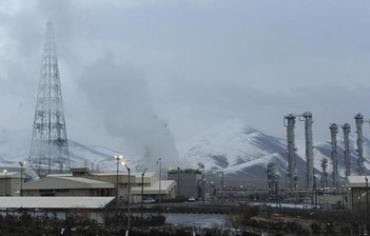 A general view of the Arak heavy-water project, 190 km (120 miles) southwest of Tehran Photo: REUTERS
DUBAI - Iran will pursue construction at the Arak heavy-water reactor, Foreign Minister Mohammed Javad Zarif was quoted as saying on Wednesday, despite a deal with world powers to shelve a project they fear could yield plutonium for atomic bombs.


Other experts have said that an apparent loophole in the Geneva agreement could allow Iran to build components off-site to install later in the reactor.
"The agreement is silent on the manufacturing of remaining key components of the reactor and its continued heavy-water production," former chief U.N. nuclear inspector Olli Heinonen wrote in an analysis.
"Technically, such efforts are not reasonable if the goal is either to dismantle the reactor or modify it to a more proliferation-resistant, smaller light-water reactor as one of the alternative paths of producing isotopes for medical and industrial purposes," he said.


Whom are we supposed to believe?

And back to the TIME article, I'm never reassured by close military ties between Israel and the United States.

I do not trust the American analysts and policies.  They are 100% wrong when it comes to most issues concerning Israel's security, so why should I think they have gotten it right this time. They want us to accept an Arab terror state in the heart of our country.  They want us to return to the impossible to defend squiggly Auschwitz borders.

I have trouble trusting and believing that important Israeli security information revealed to the Americans while planning their "joint exercise" will stay safe and far from Arab terrorist aka the so-called Palestinians. We must look at the entire picture and not let the glare of the fancy ceremonies blind us to obvious dangers.
Posted by Batya at 7:45:00 AM