What Have Israeli Leaders Been Cooking Up for Us?

David Bedein, one of the most reliable and accurate analysts commentators I know here in Israel has a very disturbing article in the Jewish Press about a government approved plan to endanger the State of Israel by destroying most of the Jewish Communities in Judea and Samaria.

Here's the map, which I have posted "extra-large" so it can be read more easily. 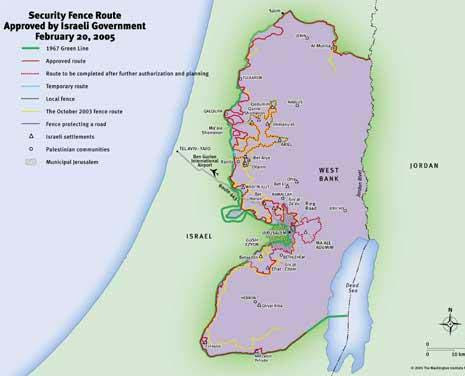 I remember reading and hearing of additional "Disengagements," serious Israeli withdrawals and Jewish community destruction around the time of the Gush Katif-Northern Shomron Disengagement.  Israeli politicians, feverish in the heat of the power they felt in destroying Jewish communities were unabashedly voicing their megalomania. It was frightening to see that all intelligence and logic had left them, even those who had begun their political careers as pro-Jewish life in all of the Land of Israel.  It was like they were hyper from drugs.

Power can make people crazy and lose the ability to judge, set limits, know right from wrong.  In Matan I've been studying The Divided Kingdom and the Story of Elijah-Dr. Yael Ziegler which begins with the end of  King Solomon's reign.  We've been learning how his ignoring the limits G-d had ordered for kings, in terms of wives, horses etc., caused the kingdom to be divided.  We suffer this disunity until today.

I remember a few years ago learning from Rabbi Dov Berkovits that soon after King Solomon built the Holy Temple in Jerusalem he gave cities to a foreign leader.  That plus the marriage and allegiance to all of his foreign wives eventually split the nation.  So, unfortunately, nothing's new.  Human nature doesn't deal well with power.

G-d willing, our politicians will gain some real wisdom and we'll stop this dangerous "peace" farce and do what's best for the future of the Jewish People and State of Israel.


Shabbat Shalom u'Mevorach
May you have a Blessed and Peaceful Shabbat
Posted by Batya at November 08, 2013

If chalila the gov't attempts any more expulsion, they will not be peaceful. There will be an all-out civil war. Let us pray it doesn't come to that. Some people let power go to their heads. Additionally, the Zohar tells us that before Moshiach's arrival, many of the Eiruv Rav's descendants will be in places of power. We see this today. May Hashem have mercy on us and send Moshiach NOW!

The Israeli government can implement further unilateral withdrawals even without an agreement with the Arabs.

The idea being to let Israel establish new borders unilaterally, keep the Arabs out and throw away the keys.

As far as I can see the flaw in the logic is what Israel wants to do the world won't allow.

Is the Erev Rav doing the work of Geulah without even knowing it?

Looking At The Wall

Esser Agaroth: Definitely believe the Erev Rav are doing their part to bring us to the Geulah, without them knowing it and them really thinking they are hindering the geulah, because that is their real desire. Believe also everything is for a purpose and that's why H' allowed them to shlep along at y'tziat Mitzrayim causing us so much pain, but they are the ones bringing in the nations (they think for opposite reasons, of course) so H' can bring all those who need to be brought to justice and meet their end.
After all, HE is the Head Scriptwriter. Let's pray for nissim v'niflaot.

I was ending my visit to Israel in 2005 when the Gerush came down. Back in chu"l the next time I was in synagogue I handed one of my friends, a very pro-Israel elderly man, an orange ribbon that I'd procured while away. He pushed it aside, saying that now that the deed was done, there was no need. I told him, No, you keep it. You'll hear about this again. They plan to do more.

Even though I hadn't heard anything about future plans (and that they had been announced as early as March 2005! I had no idea!). I had a terrible foreboding that, since the Gush Katif expulsion was so "successful" (in their terms), they might think they would get away with it again. It's taking a little longer than I expected. The later, the better...like, never.

If our government really had power, they would be able to say NO - not to us, but to the nations. It seems they think they're strong because they can kick Jews out of their homes and destroy entire Jewish towns and villages. But when it comes to the enemy they can't even "put up their dukes." In fact, I suspect they even like being under the nations, though these deceitful creeps wouldn't admit it to us.

How can we cut this vicious pattern off before it really gets the better of us?

It seems that this will be extremely difficult. You made the observation, "Power can make people crazy and lose the ability to judge, set limits, know right from wrong." and went on to say that you learned from Rabbi Dov Berkovits that Melech Shlomo, King Solomon, at the height of his power (I'm summarizing) he GAVE AWAY CITIES TO A FOREIGN LEADER. OY!

Under whose sway was he then? Were these foreign women so powerful that the Arabs learned from them how to preemptively manipulate us and psychologically emasculate us by saying "The Jews plan to..." (fill in the blank, using anything on HaShem's agenda) -?

I hope you're not telling us that the Erev Rav today is using Melech Shlomo as their role model!

Thanks for your comments.

Before Disengagement one of my main points against it was that it won't be the last. They'll be after us next G-d forbid. I kept saying and writing that it's not just about a few thousand Jews. The danger is much, much more serious.

Honestly, I hate being right so often.