As a mother, I must admit that when it comes to that "The 40th Anniversary of the Yom Kippur War: A Global Conversation" (a facebook page to promote Yossi Klein's latest book) there's an element not everyone takes into account.  Those who were babies during the war are now forty years old.  My second daughter is one of them, meaning that I had two very young children to care for during the war.  We lived in Bayit V'Gan, Jerusalem at the time.  Here's the memory I posted to the site/page:

We were in Bayit v'Gan, Jerusalem. The shul was close enough to Har Herzl to hear the assembling buses. The siren went off just as my husband was about to go to shul for Mincha. Then we rushed down to the crowded miklat, shelter with our two very young daughters, and I had to find a way to explain to the elderly American neighbor, without panicking her that she needed to join us.

Memories get confused over the decades; remember that forty years is 4/5 of half a century.  So it's pretty accurate to say that the war took place almost half a century ago.  That must really sound like "ancient history" to many people.

Today Israel is an advanced high tech country, but forty years ago, we were much different.  Having a phone in one's apartment wasn't something one took for granted.  We were lucky, since we did have a phone.  My husband hadn't yet done his required army service.  He was scheduled to be drafted a few months later, so being contacted to go to the army wasn't a problem with us.

The standard call-up system of the time was coded messages on the radio, during the weather reports if I remember correctly.  Now, that wasn't a problem on weekdays, or even on Shabbat for the non-religious, but once the security experts in the Israeli Government finally realized that war was expected, how could they send out the messages when there was no radio on Yom Kippur, and nobody would even think about turning it on?

Somehow via the few phone calls that were made and answered, buses began to gather at central parking lots in towns and cities throughout Israel.  And when ordinary Israeli reservists heard the rumbling of the buses, they understood that there was a major emergency.  Life was in danger, Pikuach Nefesh, and radios were turned on as reservists awaited instructions.

In our apartment building, we heard the siren and began rushing down the stairs to the miklat, shelter.  I had never been in it before.  I had my infant in either a carriage or playpen and had the very difficult job of trying to get a very elderly English-speaking neighbor to join us.  The absolute quiet, as typical of Yom Kippur in that religious neighborhood made it hard to explain that we needed to be in  the shelter but reinforced that, at least at that moment, we were safe.

As details began to be revealed, Jerusalemites were amazed to find themselves in one of the safest parts of the country.  Prior to the 1967 Six Days War, Jerusalem had always been on the frontline, one awful exposed to enemy-fire border.  Sniper and terror attacks were an expected part of Jerusalem life until the Six Days War ended and the IDF liberated the rest of Jerusalem, plus Judea, Samaria and the Jordan Valley aka "the west bank*," sic. 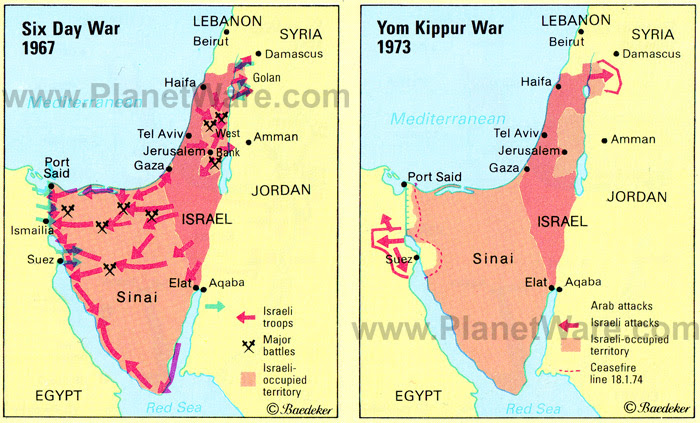 One of the great miracles of the Yom Kippur War was the fact that Jordan's King Hussein opted out.   Our forces were spread so thin that we may never had survived if we had to fight on three fronts.  Among the stories I heard from my neighbors, whose husbands were serving in the army, in the playground, while we cared for our young children, was that we had garbage trucks draped with camouflage fabric "patrolling" the Jordan border.  The muffler was adjusted to make as much noise and fumes as possible to give the impression that they were dangerous fighting vehicles.  You can call them the "Davidkas" of Yom Kippur 1973.


The Davidka (Yiddish: דוידקה, "Little David") was a homemade Israeli mortar used in Safed and Jerusalem during the early stages of the 1948 Israeli War of Independence. Its bombs were reported to be extremely loud, but very inaccurate and otherwise of little value beyond terrifying opponents; they proved particularly useful in scaring away Arab forces. It is nominally classified as a 3 inch (76.2 mm) mortar, although the bomb was considerably larger.[1][2]


*When the late Morty Dolinsky was in charge of the Government Press Office in the 1980s, he once famously replied to a reporter, who asked for information about the West Bank, that he knew no West Bank as he banked at Leumi. Arutz 7

Gmar Chatima Tova.
i have always followed the life of arik sharon, even before the internet cameto where i live. i remember rav kadouri spoke very highly of him in one of his rare interviews saying he fought 4 national wars, risking his life. one of my rabbis told me how he nearly lost his life in the first war. and a few other things which i feel i cant write it here. suffice to say it only strengthened my original opinion of him and his courage. i do realise there is some hurt feelings on the evacuation. however his bravery is something people outside the j world looked up to. especially the oppressed who did not have to courage to stand up. he was a symbol to them in terms of courage.
did you know yosef hakohen who passed away a couple of years ago. he also lived in the place you mentioned.

Rainbow, Chazal teach us that there are people who lose their prior merits due to their later misdeeds.

Sharon, a destroyer of Israel, is one of those persons, in this world and in the world to come. Guaranteed.

Rainbow, Shy, I guess Sharon is/was? a Shimshon (Samson) type of leader. Great abilities and terrible weaknesses and sins. His tragedy is that he ended his active life with sin and couldn't turn it into something great and wonderful.

At least mention the two of their names in separate sentences.