Yair Lapid: Deficit could cause collapse

Finance Minister: The austerity measures will stop Israel reaching the conditions in Europe with high unemployment.

2 July 13 12:42, Moshe Golan
"The idea that we have people here whose lives are at risk because they are doing their jobs is intolerable in a proper democracy," said Minister of Finance Yair Lapid in his opening remarks at the Union of Local Authorities in Israel, referring to the "loathsome" economic measures he has taken. He said that without these measures, the deficit would balloon to NIS 70 billion within two years.
"We must make changes together. We must do this in two stages. The first, and short, step is to emerge from the deficit. The steps we've taken are painful, I admit it. Raising VAT is painful, raising income tax is painful, but you are people who understand budgets, so it is easy for me to explain this to you: the deficit is not a one-time event, it's structural. If we don’t stop it now, it will continue to grow and grow until it buries us," Lapid said.

The Israeli economy is one of the healthiest in the western/developed world?


Unemployment fell in May from a year earlier in two-thirds of the nation’s 372 metropolitan areas, but 27 still had jobless rates in excess of 10%, the Labor Department said Tuesday.
Eleven of these areas were in California, the country’s most-populous state, which continues to grapple with fallout from the housing-market downturn. El Centro, Calif., had one of the nation’s highest unemployment rates, at 22.8%, surpassed by Yuma, Ariz., at 30.8%.

Maybe we've been doing something right, and if we take those drastic  measures Lapid is recommending things will get worse...  Most of Lapid's economic changes affect the poor, the minimum wage and lower middle class much more than they affect the lives of the wealthy.  And those in the middle-class, from whom Lapid got most of his votes, will feel poorer, rather than more comfortable. 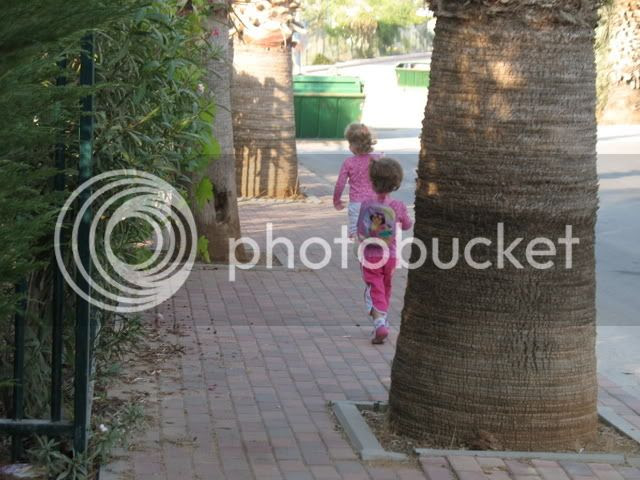 Unlike most developed countries, Israel has a population growth rate in the educated classes of society.  And davka, this important index will suffer the most from Lapid's policies.  Population growth is a key to a healthy society.  All of the old age benefits, pensions, private and governmental are based on the pyramid principle.  The young people pay for the pensions of their elders.  If those young people don't have enough children, then there won't be enough new money in the system when they are no longer able to work.  There's nothing evil in this aspect of the pyramid system; this is just a fact of life. The more children, the more growth the stronger the economy will be in the future.

Such irony, davka, Yair Lapid's political party is called Yesh Atid, There is a Future.  His economic policies endanger the future for Israelis.
Posted by Batya at July 03, 2013

Wrong! Bituach Leumi spends more money than it takes in, just like social security. This in spite of Israel's population growth.

Pay your own way! Leave your children (and mine) out of it! Learn from Australia - at least partially.

and regarding raising VAT - that will just encourage people to flout it, lowering total revenue instead of raising it.

how many times has a repairman said to you, "do you want a receipt or not? with a receipt I have to add VAT." and that raises the cost *significantly*.

Shy, it's not so simple.

Batya, it's less complicated than the Ponzi schemes in place - and how!

Shy, not really. Many salaried workers don't make enough to invest in private pensions. Bituach Leumi is so low you need extra pensions to live as it is. And what would you do in the decades in between the old and the new? Should people just starve and die?

Are people starving and dying in Australia since they made the switch.

Israelis who didn't make enough money are indeed living in abject poverty off of the crumbs that Bituach Leumi throws at them.

And if you want to LIMIT Bituach Leumi to handle the truly downtrodden, that's already a step in the right direction, because the more money you funnel into Bituach Leumi, the greater the waste.

And even that is a bad thing because in any case, the destitute are more dependent on the private charity organizations anyway for food and funds and they are more efficient than BL will ever be.

If you insist, a low forcing each taxpayer to pay 10% of their money to the legitimate charities of their choice would be better than BL for both the donors and the recipients.

I'm referring to ordinary struggling people like myself who'd be starving without my Bituach leumi old age payments.

Again I ask you why you would be starving with the Australian plan?

Not the the Australian plan is perfect but it's better than the sinkhole we're falling down into here.