Reflections on Michael Freund's article on Christians and Repentance 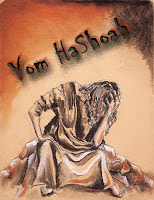 "WhenChristians Repent", is an article by Michael Freund, currently featured on Aish HaTorah’s website. The article also appeared in the Jerusalem Post. With all due respect to Mr. Freund and the extraordinary work that he does, Jewishisrael has repeatedly taken issue with his unreserved approach to embracing evangelical Christians.

We again feel Mr. Freund has missed the mark, as it is neither anti -Semitism, replacement theology, or missionary activity which is the primary reason for Jews maintaining a respectful and necessary distance from zealous Christians. JewishIsrael takes a profound look at the issue …more

What if I am a "christian" who believes in these 13 principles of faith?

The only exception is #9, which I believe is yet true until the end of this age. Although the Torah of Moshe will stand until heaven and earth pass away, no exchanges, but Moshiach may impart Torah which we have not heard, but will be consistent with Moshe.

With regards to Micha 4:9, aren't these "friends" political in nature? The favor of gentile governments? Isn't that directly referring to the likes of Obama?

And there's your problem. These are G-d's principles. The Rambam was just the messenger.

But like every other "good" christian, you already failed way back at Clause 2 of the 10 Commandments, which is also a Noahide law, obligatory for all gentiles.

Stop sucking your thumb. You should have outgrown it by now.

Anonymous seems to be going through the kind of theological struggle that was referred to in the Jewishisrael article. And that's not gonna get resolved in a talkback under this post.

But he also asks about the reference to the term "friends" in Micha 4:9. The friends can be comrades, lovers, political allies, givers of foreign aid etc... Some may relate it to Obama and others to Pastor Hagee. Whatever works...

As far as the exception I expressed, do you also not say that the Torah of Moshiach will be greater (hence, more than) than Moshe?

ellen: I don't see how it's going to be resolved anywhere else, either.

The theological struggle I deal with is more than with heaven, even mostly with the earth. The whole world is taken with politics, and liars lead them all.

Wonderful! Now you're a cult crackpot trying to revive a Jerusalem cult group that died out because the chump they worshiped didn't come back like he promised. News for you:

BTW, none of them called themselves "christians".

So, we'll assume you're not an Oved Avodah Zarah and shift you overs to the suckers camp instead. Feel better now?

I have no idea what you're talking about.

Our Sages, who had no interest in your dead jesus, said that the final redemption process will be greater than the redemption of Israel from Egypt. Is that what you're referring to?

As for the Torah's eternity, let me refer you to a few verses past one of the many christian "proof" texts, so that maybe you can get a hint as to what a lie christianity has been from the get-go:

That's Yirmiyahu 34 and 35. Funny, isn't it, how christians can only manage to quote up until verse 33 in order not to ruin their corruption of the meaning of the words "Brit Chadasha".

So much for "the truth will set you free."

Like I said, you don't need to suck your thumb anymore.

Addendum: Oops. I am quoting above from Yirmiyahu chapter 31.