Today I was talking to a neighbor who told me that he's in the middle of a book about IDF Chief Rabbi HaRav Shlomo Goren.  One of the things that surprised him was the good relationship between HaRAv Goren and Israel's first Prime Minister David Ben-Gurion, even though Ben-Gurion is known as being rather anti-religious.  Whenever HaRav Goren needed something, Ben-Gurion agreed.  My neighbor found that surprising.

That made me think. 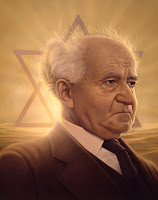 One of the biggest issues in Israel today is whether or not to continue the draft exemption for fulltime yeshiva students. This law was due to an agreement Israel's first Prime Minister David Ben-Gurion had made with  the Chazon Ish, Rabbi Avraham Yeshayahu Karelitz.  My feeling about it has always been that Ben-Gurion did not want chareidim in the IDF because he didn't want a religious army.  Maybe Ben-Gurion's acquiescences to the Chazon Ish and Rabbi Goren was for a different reason, and I'm not referring to the one mentioned on Israel Matzav:


As many of you know (because some of you have even met me there), I attend a weekly Torah class in Jerusalem. The rabbi who gives the class once told us that he met a man who knew someone who had asked David Ben Gurion why he allowed a religious education system to be created in the new state at all. Ben Gurion responded that he figured that within a generation, all attachment to traditional Judaism would die out anyway, so why fight with them. On this, as on many other matters, Ben Gurion was clearly wrong.

Ben-Gurion certainly wasn't nice to the Revisionists, Jabotinsky, Menachem Begin, those who had fought for Israel's independence with the Etzel and Lechi.  He had even sent the Palmach to shoot at the Jews on the Altalena, a horrendous act for sure.

Could Ben-Gurion's agreement to defer/exempt hareidim, studying full-time in yeshivot from the IDF have been to get the political support and loyalty of the chareidi leadership?  Ben-Gurion would do anything to make sure that Menachem Begin's Herut Party would stay out of power.

Well, what do you think? 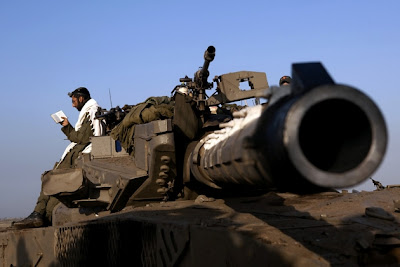 The late Prof. Yeshayahu Leibovitz claimed that BG wanted religion not to be independent of the state but subservient to it. Therefore he took care of the "official" religious bodies so they wouldn't get too "uppity". He made the known error of assuming that religion would die out. I believe that BG, considering secular Zionism the inheritor of Jewish heritage from the dying relgion, had a responsibility to maintain a certain amount of "Yiddishkeit" within the secular Zionist culture so that it wouldn't be forgotten. Many religious terms found new secular meanings in the Hebrew language, and new customs were adopted to graft Judaism into a secular context. It didn't work. But that's what he and others were trying to do. Another reason that R. Goren got along with BG was that BG respected strength and self-confidence, and R. Goren had it in spades. Considering how many religious or traditional guys BG had in the army, it seemed natural to make use of the highly effective R. Goren to provide for religious services for all those Jewish soldiers. R. Goren in turn made sure that he did it right as far as it was humanly possible. It was clear that the hareidim were not going to go into the army in large numbers because they ideologically didn't see a spiritual value in the state or the army. They stayed on the side despite the clear awareness of the CI and other hareidi rabbis that there was something historically significant happening in the founding of the Jewish State. They simply were not going to dance in the streets until, so to speak, the street had a mechitza. But they voted, paid taxes and sought to get their fair share of the taxes they paid.

I have heard two versions:
1) after the Holocaust, when so many yeshivot were destroyed, BG allowed the chareidim to be exempt from army service so they could rebuild their yeshivot. there were not a lot of yeshivot or students then, so it wasn't a lot of exemptions. it wasn't expected to reach the amount of exemptions that we have today.
2) similar to what GR says, BG wanted the chareidim to be on his payroll so he could tell them what to do. (btw, we have seen the result in recent years, not just with chareidim but also "national religious" rabbis, who e.g. didn't object to the destruction of Gush Katif because they are on the govt payroll for their jobs or yeshivot.)

Leah, interesting how you connected the post to Disengagement and how the supposed dati le'umi rabbis were behaved. Thanks

Not connected to this post, which does raise an interesting theory of how B-G used machinations in his political approach to Zionism, willing to sacrifice those close (Mapam) not to mention the violent attacks on the Revisionist camp and the nasty obliteration of memory (see Udi Lebel's "Politics of Memory: The Israeli Underground's Struggle for Inclusion in the National Pantheon and Military Commemoralization" (here), there's an error on page 107 of the book mentioned. Rav Goren has Yair Stern as if alive in 1947-48.

"There are many devices in a man's heart; but the counsel of the LORD, that shall stand." - Mishlei 19:21

Wink, shy, thanks for your comments and the additional info.