One of The Very Best Things About Israel 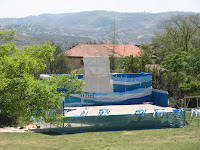 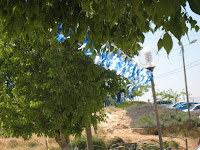 In Israel we understand that independence is a very expensive process in terms of human lives.  Nobody gave us this state. We paid and still pay dearly for our independence.  We must fight wars and we suffer from Arab terrorism.

Never have we fought with another country as an ally.  The world "stands by" and waits to see if we will survive.  We have been victorious in these wars for one reason and one reason only.  G-d wants us to win.  He is our ally and is the only ally we really need.

"Never have we fought with another country as an ally."

True, but in 1973 the Americans and British provided arms to ensure that the state was not conquered.

London, not so simple, and I don't remember anything about Britain. The weapons were only given by the US after we reached a critical point. And the US knew about the upcoming war and tried to control us like puppeteers.

I am not in their shoes but I sympathize with those bereaved families who say that it is very difficult to have Memorial Day back to back with Independence Day.

There is no breather room to switch from profound sadness to jubilation.

Personally, I would prefer to see Yom Hazikaron moved and combined with Yom Hashoah, a week before Yom Ha'atzmaut. Too much melancholy.

Shy, using that "emotional and spiritual intelligence," from Gardiner's multiple intelligences book, I compare this to the Halacha that cancels shiva and shloshim when a Chag is during the mourning time.

Just like when a mourner must get up from shiva and fully celebrate Passover, Shavuot, Rosh Hashannah, Succot and Yom Kippur, Yom Ha'Atzmaut must override our personal pain.

And with some countries, even after we paid for them, we had to "steal" them back as in the Cherbourg Affair 1969. In 1973, Britain sided with the Arabs in Security Council deliberations. The Egyptians, btw, had imported high pressure water cannons that were used to wear down the Israel Suez Canal defenses. Recent figures are: in 2009, arms sales to Israel from Britain were £5.75million. In 2008 over £26million of British arms exports went to Israel. In 2007 our government granted export licences for £10.5million of British arms exports to Israel.

Could LondonMale provide sources for his claim?

Batya, what's the Halacha of mourning and Purim and Chanuka? Why do you think there's a difference between them and the other Torah chaggim?

When you find the answer, I'll rest my case.


Wink, thanks for bringing that up. And I also don't remember Britain ever helping.
Shy, I'm not the halachik expert in terms of sources. You know that. But as my neighbors and I left the cemetery ceremony today, we all agreed that we consider the "smichut" connection between Yom Zikaron and Yom Ha'Atzma'ut extremely important. It doesn't bother us. By connecting the two days, we bring the memories of dead family and friends to the celebrations. They are with us in joy as well as sorrow.

I'm with Shy Guy - I've never even approved of Israel's rush to erase remnants of terror attacks. It cancels opportunities for mourning, dissing the survivors and preventing necessary emotional reflection let alone the resolution of conflicting emotions. It treats the vulnerability to attacks as something disgraceful, something to hide and deny (NEVER good for mental health). Back-to-back mourning and celebrating are also not ideal mental health situations. I'm quite bothered by that juxtaposition. Some days I wonder how to convince kneseteers to get therapy so they can think more sensibly.

Yocheved Golani,﻿ sorry, you don't get it. It is not erasing the dead, the terror or the wars; it's the total opposite. After such an intense day of being reminded of what and who we lost, we take the dead and their memories with us to the celebrations.

If there was to be a separation, then our celebrations would be emptier.

This is ridiculous. You think it is right to force people to jump through hoops of extreme?

It is not natural. It is not healthy.

And I dare say it is not Jewish. We should be very hesitant not to impose excessive mourning and sadness, not only on an individual level but on a national level.

If I would have had a hand in these commemorations, I would have combined Yom Hashoah and Yom Hatzmaut and then have a whole week to gradually lead the nation Miyagon Le'Simcha.

We've had a whole week of forced misery rammed down our throats, rather than learning the lessons of past tragedies and moving on to build for the future.

And if you ask me, this attitude of mourning overkill is one of the triggers of so many people saying we must do anything to imagine making peace with those who still want to annihilate us. Idiot exhibit no. 1.

I wrote a long note here and it got lost. So I'm posting on my blog instead...

Yes, Kissinger transferred arms to Israel to maintain a balance of power, after Golda Meir begged him. But it remains true that he did.


I regret that I cannot comment further on Y Medad's request on a public forum, for obvious reasons.

shy, I mentioned the ending of shiva and shloshim by a holiday as a totally halachik example. That is the precedent and it's much harder than celebrating Yom Ha'Atzma'ut immediately after Memorial Day. I've been here over forty years and it's almost forty since close friends were killed. I haven't heard our friends and the bereaved family complaining.

rm, looking forward to reading it.

LM, Kissenger tried to control the outcome so Israel would neither be defeated nor too powerful so the US could control Israel.

They are back-to-back because they are connected. "Freedom isn't free." It reminds all of us how much we owe to those who gave their lives to defend Israel. And for the bereaved families, while it may be difficult to go from mourning right into Independence Day, it also makes the point that those lives were not in vain. That Israel owes its existence and survival to those soldiers defending the country.

A week ago we commemorated those who died in the Holocaust, as well as those who fought against it. A columnist in the Israeli newspaper Makor Rishon wrote: "two memorial days, a week apart - to remind us of the cost of having a state, and the cost of not having one." While actually our roots in Israel go back thousands of years and not just decades, I think his point is well taken.

"Kissenger tried to control the outcome so Israel would neither be defeated nor too powerful so the US could control Israel." - with priority to the latter. there are many quotes on that matter (like "let Israel bleed a little more.")

Leah, yes, thanks for your contribution.

also another interesting thing - in one of the well-known songs from 1948 - "Hayu Zmanim" ("Those Were The Days") the young soldiers describe, somewhat jokingly, how some day they will be telling their grandchildren about what they did then. you can really feel how these 20-something soldiers thought it was really funny that one day they would be grandparents; but today the people of that generation (the ones who are still with us) are not just grandparents but great-grandparents.

anyway, the last line of the song is, "and some day, where our bunker now stands, there will be a city... and maybe that city will be there - because of "those days"."

Leah, true, the lyrics to the old Israeli songs are amazing.