Peace? Not in This Generation 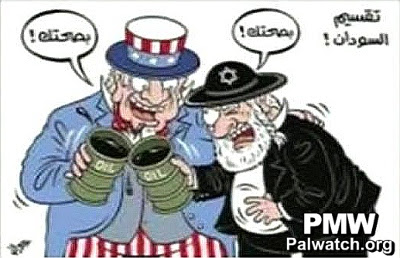 Dalal Mughrabi in 1978 led the most lethal terror attack in Israel's history, in which 37 civilians were killed, 12 of them children.
Salah Khalaf (Abu Iyad) was the head of the Black September terror group. He planned many terror attacks including the murder of two American diplomats, as well as the murder of 11 Israeli athletes in the Munich Olympics in 1972.
Abu Ali Mustafa, General Secretary of the terror organization Popular Front for the Liberation of Palestine (PFLP). He planned numerous terror attacks against Israeli civilians during the Palestinian terror campaign ("the Intifada").

A fourth group was named after Yasser Arafat.

The summer camp was held under the auspices of PA Prime Minister Salam Fayyad, who visited the camp to participate in the closing ceremonies, which he also sponsored.

Nothing has changed.  There's nothing to talk about with those "moderate" Arabs.  The safest and most secure and most intelligent thing the State of Israel can do is to ignore/resist all international and Left wing pressure to negotiate with the Arabs.  They glorify terrorism and murderous terrorists.

When the day comes, in a few decades or generations, when the Arabs will sincerely want to live in peace with us, they'll come running to us begging for us to talk to them. In the meantime, Israel should build (permit building) for Jews in all of the Land of Israel.  There is lots of State Land, without any sign of private ownership.  This was mapped out decades ago, soon after the 1967 Six Days War.  Most of today's Arab agriculture is very new.  I remember how the land by our roads once looked, surrounded by delicate wild flowers in the spring and parched dry in the summer.

Today, there's a massive building boom in Arab towns.  The newly built Arab mansions prove that the Arabs are not suffering.  Money is filtering to all the clans.  I'd like to know the sources.

Without a formal agreement, we have a de facto "peace" at the moment.  I work in the Sha'ar Binyamin branch of Yafiz (Rami Levi) and deal with Arabs all of the time.  Under Israeli rule, we work and shop together.  You don't see that in any Arab country.

Jews don't have full civil rights in Arab countries. And the aim of the so called "peace negotiations" is to establish a Judenrein country, which, like Jordan, would forbid Jews rights.  So anyone who supports and promotes these negotiations is anti-civil/human rights.  We, Jews, are human, aren't we?

So, let's just go on building our country, the only truly moral, democratic country in the Middle-East, the State of Israel.
Posted by Batya at July 22, 2011

Email ThisBlogThis!Share to TwitterShare to FacebookShare to Pinterest
Labels: peace

We pray there will be peace in this generation but it won't be the result of any 'peace talk' or 'peace plan'.. the EU, Russia, America Saudi Arabia or any other Arab or European nation will not inspire it or have a hand in it.. It will come when Hashem brings it. And we hope it's soon. Very soon..

Yes, very true. We will have peace with the Arabs when they learn to love their own children more than they hate the Jews.- Golda Meir

I wish I could find the exact author's name (I think Michael Reiss) published a book on when to negotiate with terrorists and when not to.

I watched an interview Charlie Rose did with him.

The author made it clear that it was impossible for Israel to negotiate with Hamas because a country should never negotiate with a terrorist group that is apocolyptic in nature.

If that doesn't describe Hamas I don't know what does.

I'll check back with the author's name

The author is Mitchell Reiss. The book is called Negotiating with Evil: When to Talk to Terorists.

He makes an important distinction between talking to terrorists and negotiating with them.

He also believes that terrorists that are religiously motivated should not be negotiated with since they will never come to the meeting table with a sincere desire to negotiate, since G-d can't be negotiated.

Interesting. The reverse is probably true. Godly countries shouldn't negotiate with terrorists since the holy G-d of Israel can't be negotiated.

Keli, thanks for the info. It's very important.

Well, if you thought you had problems, as an inference, have a look at this nonsense of muslims taking over with their prayer horse manure while the rights of real Canadians takes a back seat.

First, JDL, you can watch your language. You dilute your point about the story.

Jews in public schools pray in private or not at all. The parents who want their children to pray send them to Jewish schools.