Why Does Bibi Let Labour Rule? 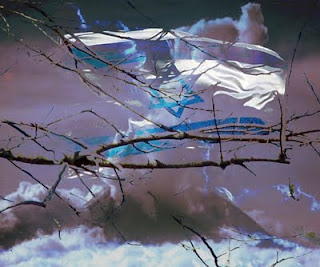 Likud's Prime Minister Binyamin Netanyahu would have had been better, stronger for Jewish Rights, if he had been in the opposition.  He lets Loony-Left Barak's Labor Party rule.

NRP (by any other name is still the NRP) tried to get a bill defining Jerusalem ‘Capital of Jewish People,’ but the Labor Party blocked it!

Likud supporters got Labor, bad deal all around and dangerous for the State of Israel.
Posted by Batya at October 28, 2009

When is the next PM election? Isn't there a politician waiting in the wings who is pro-Israel? A true Zionist?

probably did this because jlem is 1/3 not jewish. this happens to be a huge demographic problem with the city.

keli, There aren't PM elections. There are Knesset elections, and the head of the party which succeeds in forming a coalition becomes Prime Minister in Israel. The next is in three years unless Bibi loses support of his 61 majority.

None of the larger parties are reliably pro-Jewish/Zionist.

a, you're chasing tails. This isn't a population census. What is Jerusalem, Jewish or not?

It sounds like the Israeli government is rather fragile. Perhaps it could become more stable with a constitution and American style democracy and less parlimentary government.

Although a constitution isn't a quarantee of a stable government. I cringe to think of Obama putting pro Obama judges on the supreme court, which intreprets the constitution.


Just curious--do Israelis vote then in the Knesset elections and then trust the people they voted into office to elect a PM?

In other words, the average Israeli doesn't really have direct control over who becomes PM as if their were a PM election similar to a presidential election?


Crazy as it sounds Bibi would probably be quite successful if he were the US president lol. Most of our moderate Conservatives are actually liberals.

Bibi could be a true Conservative and moderate on only a small amount of more liberal issues. He wouldn't have to be a centrist in the US trying to pacify both sides and taking a stand a little.

He's not an American? LOL. Neither is Obama. And of the two, I'd trust Bibi over Obama any day.

I know I know. But I do think he'd be a great US president.

LOL. What can I say? I'd rather have anyone as president that Obama. He's that bad.

Apparently, at one point when bibi was living in the states he thought about staying. Maybe he checked out his chances of being president and realized that he could never reach the top there.

His high school and university were in the US, so in many ways he's more American than Israeli. But his loyalty is more Israeli. He's not a religious Jew, but he's connected to the history etc.

It's not really possible to transport political systems from one country to another. That's what I've said about Iraq etc.