Bibi's Still in The Saddle, Which is What Israelis Want

If you're interested in Israeli politics, keeping updated via Jeremy's Knesset Insider is a very good idea. Every week or so, Jeremy posts results of various political polls, which indicate how Israelis would most probably vote if elections were to be held "now." The only thing I can't stand about his blog is that the color graphics, white on dark green, make it very problematic to copy/paste on this blog. I have to change to colors.

One of my favorite poll questions is:


Who is most suited to be Prime Minister?

The Walla poll published on Nov 21 2018 asked it, and the results are:

That means that both "don't know" and "none of the above" are more popular than the second most popular politician.

I've been following Israeli politics for half a century, and the very simple reason why Gantz did "so well," being number two albeit with only 11% of the vote is that he doesn't have a political track record. Even in Shiloh, where I've been part of the election committee for decades, the least known candidate frequently does amazingly well. "Familiarity breeds contempt" seems to be part of Israeli political culture, although the exception is Prime Minister Bibi Netanyahu.

One thing you shouldn't forget is that here in Israel we don't vote for Prime Minister. We vote for Knesset lists in the form of political parties. To be Prime Minister, one has to be able to form/negotiate a coalition. That makes certain poll data most crucial:

The results have been pretty consistent, give or take a seat, for the longest time:

They are the best reading of what Israelis want in a government. And the truth is that no matter when elections will be, whether this government lasts the full five years, or just close to it, the next Israeli Government will be very similar to today's. 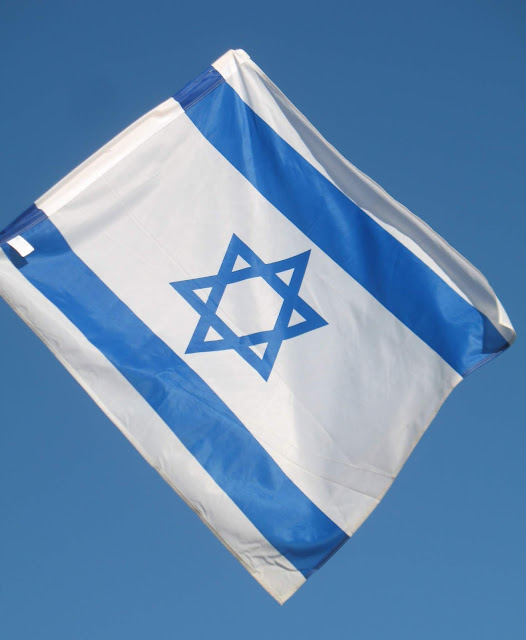 Why does the so-called "center"
unite with the Left and Arabs?

Jews were never granted equality
in any Arab or Muslim country,
so why should Arabs or Muslims
be allowed to vote in Israel?

When we were growing up, my friends and I would
take great pride in discovering the Jewish sources
of American laws, such as: the privilege against
self-incrimination, the requirement of two witnesses
for certain types of crime, and the very idea that
punishment must be proportionate to the crime committed.”

He said this about Orthodox Judaism,
many years after he quit it:

“I cannot leave my progeny any legacy comparable
to the Orthodox commitment to, and intimate
knowledge of, Jewish tradition and practice
that my predecessors left me.

Though I have not abandoned my Jewishness –
far from it – I have also not carried on
the tradition of daily religious observance and
total immersion in the sources of the tradition.
Sometimes I regret not having done so.”

“…Zecharia, like so many of his contemporaries,
worked for a time in a sweatshop.

The shop he worked in, making pocketbooks,
was located in a building just east of
Washington Square [in Manhattan], site of
the ill-fated Triangle Shirtwaist Company.

On the Saturday of the great fire in
[March 25,] 1911 [CE] that engulfed
the building and killed 145 workers,
Reb Zecharia was at home.
It was the Jewish Sabbath.

He learned two lessons from this:

CHRONOLOGY:
Zecharia Derschowitz moved from
Galicia to the USA in 1888 CE.
He was the great-grandfather
of Alan M. Dershowitz.

“Why is Israel singled out for super-scrutiny
and double-standard criticism, expected
to maintain a level of moral behavior
not demanded of anyone else?”

“My father was once rudely ordered to remove his cap
by a federal judge, when he came to court to watch me argue.

The judge quickly apologized when he learned
it was my father he was yelling at.

But the fact that he yelled at all shows how
intolerant and ignorant a judge can be of a
minority religious practice, even in a city
as Jewish as New York.”