23 Years After Rabin, and The Left Still Uses Him to Incite vs Right

It's a full generation, twenty-three 23 years since Yitzchak Rabin was assassinated, and the Left continues spewing hatred, blame and distrust against what they call "the Right."

Their definition of  "the Right" is anyone and everyone who didn't agree with Rabin's policies. We, yes, me too, are considered as guilty of, complicit in the murder. Honestly, I am innocent; I had nothing to do with the murder. You can go through all of my articles of the time. You won't find a hint of violence against people I disagree with.

I knew of nobody promoting violence. We were too busy trying protect ourselves against Arab terrorism and threats from the Israeli Left to banish us from our homes. We saw the Oslo Accords, which had been forced on Rabin by the Left, as a danger to Israeli security. We couldn't understand the logic in giving Arabs weapons. And our assessment was correct.

The Israeli Left continues to use the murder of Yitzchak Rabin as a weapon against their political opponents. The dangerous hate comes from their end of the political spectrum, not ours.

We're too busy building and developing our communities and Our country, the State of Israel. That's all we ever wanted to do.

Their refusal to respect our right to disagree is antidemocratic, as is their refusal to allow us to speak. Promoting hatred can only backfire. It is bad for any society, especially a country like Israel, which has deal with so much antisemitism from the world. The Israeli Left is only playing into the hand of our international enemies.

Gd willing, may they soon rid the hatred from their souls. 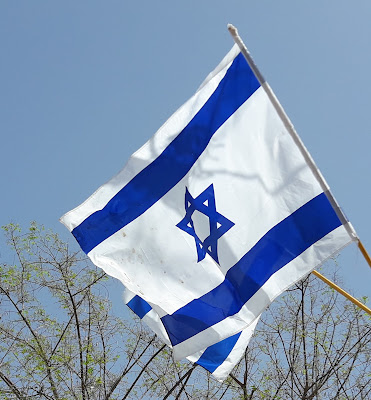 “23 Years After Rabin, and The Left Still Uses Him to Incite vs Right”

Why should that surprise you?

Muslims hate Jews because of events that allegedly happened 14 centuries ago.

Christians hate Jews because of events that allegedly happened 20 centuries ago.

Nor are animals safe: a sniper rifle sight using thermal imagery captured two Taliban fighters satisfying themselves with a donkey.”

I'm not surprised. I just need to remind the naive.

In my humble opinion, one of anti-Semitism’s unique
features is that there is no Statute of Limitations
for the wrongdoings of Jews; whether real or whether
imagined, whether that of individual Jews or whether
that of Jews collectively.

Everyone’s wrongdoings are eventually forgiven
and forgotten, except for the wrongdoings of Jews,
which are never forgotten and never forgiven, forever.

There's something fishy about the report.