Bibi, We Israelis are Totally Disgusted With Your Policies, Voices From The People

Even on the French English language tv news, best of the pathetic choice of news channels we have on our television, has been broadcasting how disgusted the Israeli public is with the farcical and dangerous so-called "ceasefire." 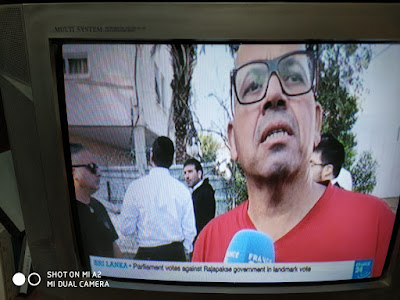 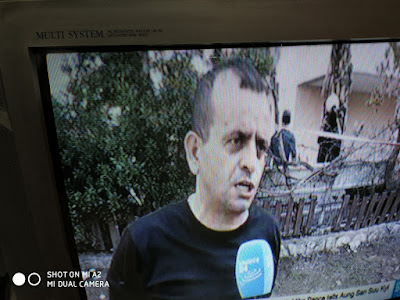 I don't think too many people believe anything that Avigdor Lieberman says or does. We've been watching him long enough to know that he's less reliable and more volatile than Prime Minister Bibi Binyamin Netanyahu. Most of us haven't a clue as to which party to vote for. In Israel one votes for political parties, which have lists competing for Knesset seats. The largest party gets a chance to form a coalition, with its leader, number 1, as Prime Minister. If they don't succeed, then the next largest party, or the party which the most others tell the president can form a coalition gets a chance. It's obvious that Lieberman has chosen this time, maximum a year before elections, to start maneuvering himself to the "Right" of Bibi to attract voters. Deja vu, he has done this sort of thing before.

Following are quotations from friends and various blog links about our feelings:


We are very VERY upset over this ceasefire which is not solving the problems we've been suffering for months: The incendiary balloons; the shelling of the Eshkol area and Sederot whenever the mood strikes Hamas, and not ending the violent weekly demonstrations that have led to incursions over our border. We've come out pf this like a dog with its tail between its legs. I personally am LIVID because I have NO DOUBT that if such things occurred in Tel Aviv, the govt would have acted much differently AGES ago. We have large swathes of land burnt to a crisp. Can you believe Batya that on one of the yishuvim on the border crops could not be planted because their yearly allotment of water had been used up by putting out fires???? WE ARE FED UP! It's not enough that we had a HORRIFIC 24 hours with well over 400 rockets; they now send the rockets at a much swifter pace than before one right after another, boom, boom, boom. I salute those manning the iron dome that they were able to keep up with the pace that Hamas set. We are tax paying citizens and our young people do NOT deserve to grow up in the shadow of such terror.


Ceasefire call was shameful! These kids are suffering.


They would NEVER EVER do this to kids in Tel Aviv. I'm so sick of this elitist government. All they care about is getting votes.


"About shooting at empty buildings: Buildings don't set up or send bombs, rockets, or bullets. Kill terrorists instead of letting them strike from another location."


"All of this could have been prevented if the prime minister would support a war to end all future attempts at war. Gaza should become a lifeless crater." Or use my quote that "We surrendered Gush Katif for peace? I want that land back!!!!!!!!!!"


The govt better get off it's behind (I'd use a different word but I'm polite) and DO something. Enough putting off the inevitable! The present situation (of incendiary balloons here in Netivot and all over the south; the huge swathes of land burnt to a crisp; the ongoing violent demonstrations almost daily) cannot go on! WE HAVE HAD IT! ENOUGH! You can quote me, Batya!


If You Condemned Pittsburgh Synagogue Shooting But Not Rockets At Israel, You Are a Hypocrite


Another Round from Gaza


What is wrong here?
After 470 rockets and a ceasefire was called so that Egypt and UN can work out a permanent agreement.
Now Celebrations break out on the streets of Gaza after Hamas declares victory.
And once again the resident of the south have been abandoned by our government.
Residents of the south furious, are holding a demonstration at Tzomet Sderot.
Time for elections...


Trauma and Terror: The View from the South

and by those who feel - say and think-the same way...

We Jews are always guided – or always
should be guided – by the eternal
wisdom of our great-and-holy Torah.

Let us open our Jewish Bibles to the
Biblical Book of Tehillim,
chapter 29, last verse of that chapter:

MAY G*D GIVE STRENGTH TO HIS PEOPLE,
MAY G*D BLESS HIS PEOPLE WITH PEACE.

The lesson of this Bible verse is obvious:
Peace results from strength, not from weakness.

For those people who want more recent evidence
of this fact, I present these quotes from
Harvard Law Professor Alan M. Dershowitz:

“We [Jews] need not apologize about our successes.
We earned them, the hard way.

We need not be apologetic or defensive about
our power in America. For we have seen what
can, and will, happen if we abdicate that power.

Our history as a people demonstrates that
we need more power than others to survive.

That is one of the important lessons
to be learned from thousands of years of
anti-Jewish bigotry. I am reminded of it
every time I open one of my poison-pen letters.

We are not the Swiss and our history
is not one of being left alone.

It is one of constant victimization and
repression. Without power – indeed, without
power disproportional to our numbers –
we continue to be victimized.

We should strive to enhance our power on every front.”

The security of Israel is not assured.

Israel is the only nation in the world
whose very existence is threatened by enemies,
external and internal, supported by a majority
of the United Nations.

It is the only nation in the world whose
national movement, Zionism, has been declared
a form of racism by the United Nations.

It is the only nation in the world threatened
by genocidal war, the purpose of which is not
military victory alone, but extermination.

Indeed, if any Arab leader were militarily capable
of destroying Israel, but refrained from doing so,
he would be replaced by someone who would at least try.

…Although there are some moderate voices within
the Palestinian and Arab movements, these voices
are listened to only because Israel is too strong
today to be defeated totally.

“Too few of Israel’s critics seem to understand
the Jewish determination to avoid another Holocaust,
this one in Israel. Too few understand why Israel cannot
and should not trust its survival to nations that stood
idly by while millions of innocent Jews were destroyed.

Too many nations seem willing to have Israel
take risks for an uncertain regional peace
that they themselves are unwilling to take
for a more important world peace.”

“…if Israel’s military power were ever to be diminished
to the point that the combined armies of the Arab world
could defeat it, I believe there would be another Holocaust.

No Arab dictator who could defeat Israel and forebore
from doing so would survive the continuing frenzy for
jihad [Islamic holy war against non-Muslims].

And an Arab military victory over Israel – unlike
the Israeli victories over the Arabs – would not result
in a mere occupation or even detention of Israeli Jews.

It would result in a mass slaughter, designed to rid
Arab holy land of Jewish intruders.

Most Jews know this, though they rarely speak of it openly.

But then again, most Jews did not speak openly about
the Holocaust before it happened, while it was
happening, or for several years after it was over.”