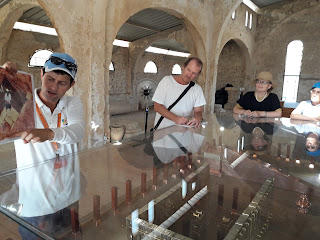 Yesterday I was lucky to have attended the seventh 7th כנס שילה Kenes Shiloh, Shiloh Conference. It certainly helps that it's conveniently located just over a mile's walk down from my house. I didn't attend the earlier event commemorating one hundred years of the Jewish Legion at the "park" across from the Shiloh Junction, which included a four kilometer hike at "high noon." I figured that it would be just too much for me.

I arrived at Shiloh Hakeduma, Ancient Shiloh, aka Tel Shiloh in time for a tour of the latest discoveries and exhibitions. That's the real highlight for me each year. Even though I get to the Tel almost every Rosh Chodesh for Women's Prayers there, we rarely get to see all the archeology and touristy exhibits.

One of the newest exhibits is the hologram. I definitely recommend getting an official tour at Shiloh Hakeduma, so you can see it along with the movie and museum.

Our guide, Yisrael Ben-Aryeh, made a point about Shiloh being the most important Biblical archeological site for experts in the field. That's because none of the other historically and theologically significant Biblical cities/locations are really in Israel's hands. Arabs have destroyed and have been given rights, autonomy, over the other important Biblical locations, such as The Temple Mount, Shechem, Hebron, Biblical Beit El etc.

Not only was Shiloh the location of the Mishkan, Tabernacle for 369 years, but there was Jewish activity there even hundreds of years later. After that Christians built churches and then Muslims came for a short period.

After the tour, there were a number of lectures about various topics, the very latest discoveries, the Prayer and significance of Biblical Chana, the Jewish Legion, Zeev Jabotinsky and other fascinating things.

The כנס שילה Kenes Shiloh, Shiloh Conference is in Hebrew, and I highly recommend attending if you understand Hebrew. Tours, visits and other events can always be arranged at  Shiloh Hakeduma in English and other languages. Our tour guide can lead tours in four languages. And there are guides  who know additional languages. Phone: 02-5789111, Fax: 02-9948011, visit@telshilo.org.il.

Here are some of the photos I took: 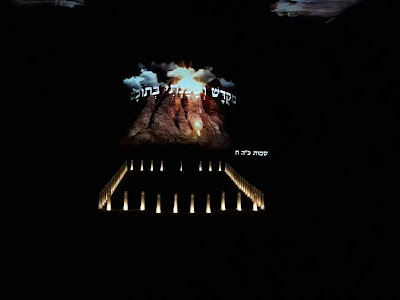 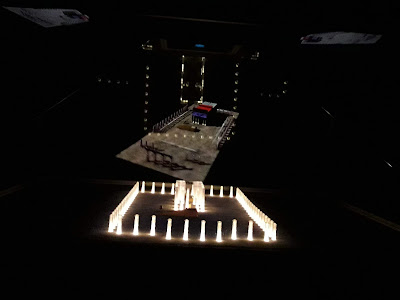 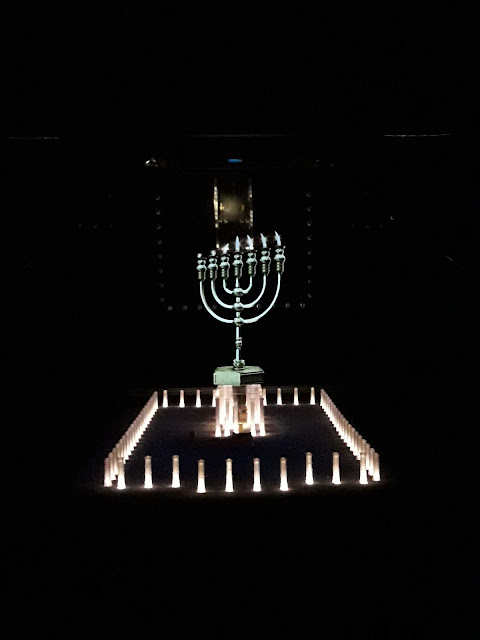 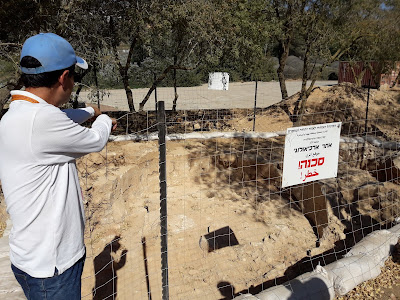 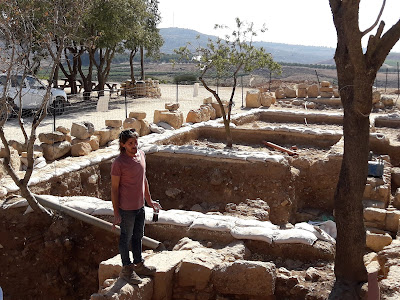 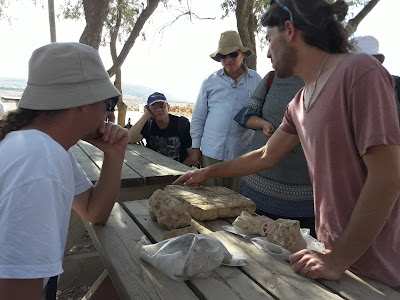 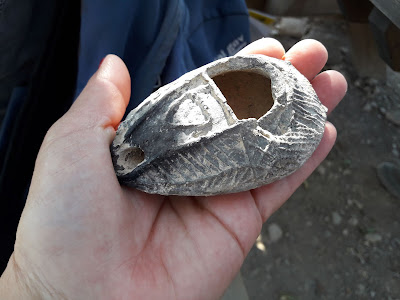 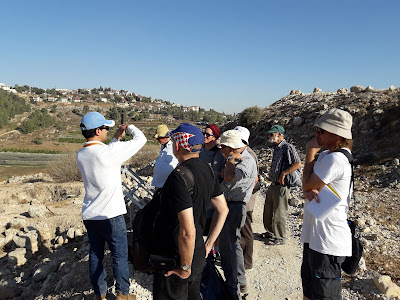 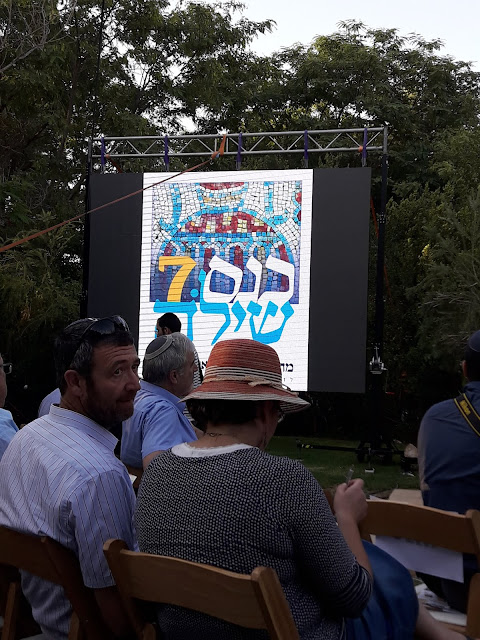 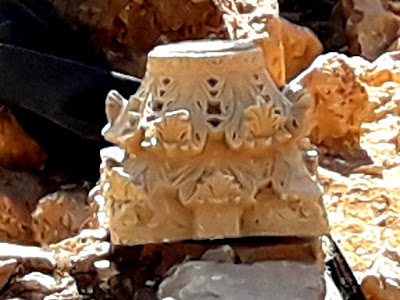 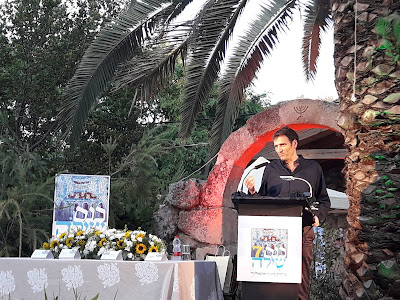 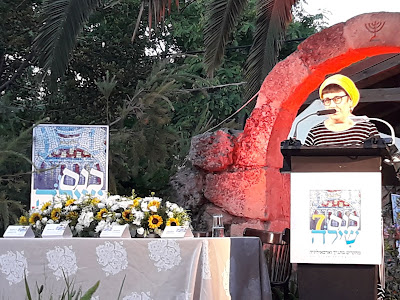 The Muslims were long time occupiers of Shiloh, some 800+ years except for Crusader period and oddly, I can't recall any significant Crusader find at the Tel. At Sinjil, their mosque's base is a Crusader fort.

It has been suggested that what we view in outer space (our Hemisphere) is actually a hologram. I am wondering if this is how Hashem will send the Third Temple down to complete the work done to begin building the Temple? Any thoughts on this, anyone?

Neshama: No offense intended, but the Jewish people
are less than 1% prepared for the Holy Temple.

That includes the Orthodox. Sorry about that.