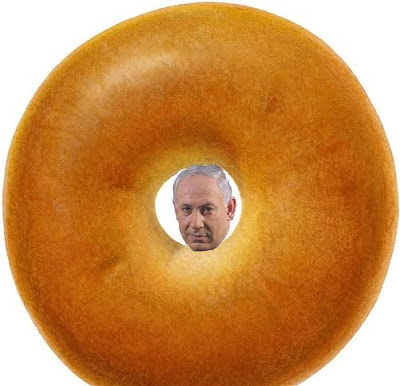 I don't think that Prime Minister Binyamin Netanyahu will be so quick to call snap elections after his last try and the lack of success it brought Britain's Theresa May. But Bibi always seems to be campaigning.


NETANYAHU CALLS TO DISBAND UNRWA AND TO STOP FOREIGN-FUNDED NGOS

Maybe it's because that's what his competitors in and out of the cabinet are doing.

There's no rest for Bibi, but there could be if he'd break out out of that "center" of the political bagel he has been hiding in.

The State of Israel needs real leadership from the patriotic Right and not more empty words which sound better in an editorial or blog post. I write these things but have no power other than to spread my ideas. Prime Minister Binyamin Netanyahu is the leader of the likud and the State of Israel. He should do and not talk.
Posted by Batya at 6:59:00 AM

King Bibi has you fooled. You must judge him by what he does and not on his speech, like giving away Hevron, bringing the PLO into Israel during the Shamir gov't. But let's all pretend he is this great right wing savior. Our nation is blind.