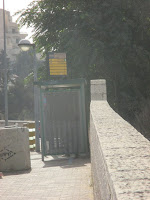 On Sunday morning, everything was so calm, peaceful and lovely, as I walked over to wait for my friends at the bus stop towards Kfar Adumim across from Ammunition Hill Jerusalem. I had gotten off of the 25 bus from Pisgat Zeev and had to cross a couple of streets passing the light-rail stop. I was a couple of minutes early for our scheduled 9:30 am pickup and thanked Gd that my timing was so perfect. At that time, I hadn't realized just how perfect.

I took a few pictures while I waited for them to show up. 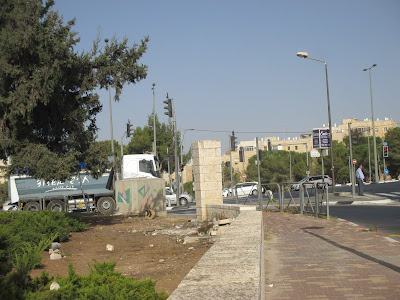 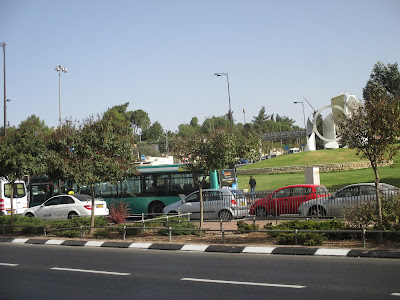 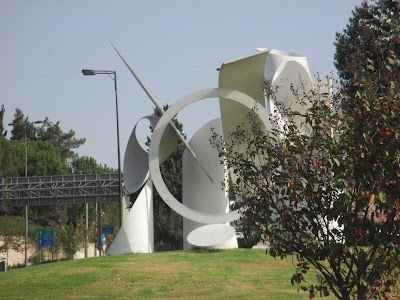 Not that long after we arrived in Kfar Adumim, our phones started "beeping" from family WhatsApps, as everyone got messages of:

And then we discovered that just after 10am, less than an hour after I'd been walking around there, an Arab terrorist began a drive-by shooting rampage which resulted in the murder of two and the injuries of others.


The main lesson I internalized after I had been injured in an Arab terror attack just over twenty years ago, davka, less than a kilometer from there, was how little control we have over life and death. It's all in Gd's Hands. Sometimes just a few seconds make the difference, and sometimes it's not even an inch or centimeter. We don't know how Gd decides who will die and when.

Another "davka" is that my friends and I are now (in Matan's Al Haperek program) studying Job, Iyov, the man who went from being rich in every possible way to losing it all. Job tries to argue with Gd, demanding from Him the opportunity for a "face to face," so he can ask what he did to deserve such an awful punishment. As students of the Bible know, and as we discussed Sunday morning, Job didn't lose his family as punishment. Job was the "victim"of a bet between Gd and Evil to see if such inexplicable tragedy would cause Job to lose his faith in Gd.

Job is the perfect book to be learning in these difficult times.

Have an easy fast to those fasting on Yom Kippur.


Gmar Chatima Tova
May Gd Seal You in The Book of Life
Posted by Batya at 8:17:00 AM