No surprise really that there's something very fokokt about the faux moralists, such as in the United States, United Nations etc. They are much more "concerned" about the fate of the homes of murdering arab terrorists and illegal buildings for Arab/Bedouin squatters than they are about the innocent Israeli/Jewish victims.

The United States is "concerned" about Israel's demolition of Arab buildings in East Jerusalem and the West Bank, a State Department spokeswoman said on Friday, adding that it raised questions about Israel's commitment to a two-state political solution to the Palestinian conflict.

Israeli demolitions leave West Bank Bedouin, U.N. alarmed
The European Union came and built a temporary classroom and other prefabricated structures, an effort to help a community of around 40 families, some of them still living in caves, that subsists without electricity or mains water in a part of the West Bank fully under Israeli control, known as "Area C".
Two weeks later, the Israeli army returned and demolished 17 homes, 21 pens for sheep, goats and chickens, and five outhouses, according to B'tselem, an Israeli NGO.

Considering the dangers that the Arab terrorists cause to ordinary Israelis, you'd think that would be the issue that concerns the United Nations, United States, European Union and the numerous NGOs who support the Arabs anyway they can.


The buildings that the NGOs of the European Union and United Nations etc. have been building are totally illegal. The Bedouin are squatters who wander around seasonally polluting natural resources and stealing. That is the truth and that is their lifestyle and has been for a long time. They have absolutely no legal rights to the land they wander through. And certainly according to "international law" or the law in all countries, squatters have no rights to build! So it's very clear that all these NGOs and their supporters are acting illegally and immorally! Their aim is to sabotage and destroy the State of Israel. 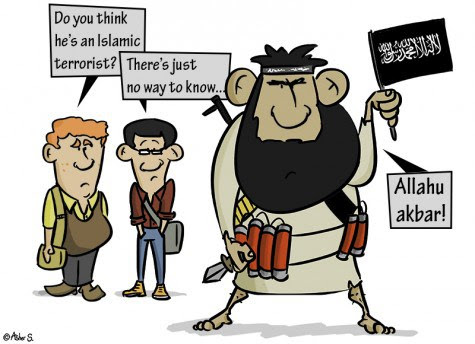 This is nothing new. Israel is also the only country in the Middle East that flouts human rights, mistreats women responds disproportionately to violence, etc.
Screw them.
Love God.

With Israel imitating and trying so hard to please their destroyers, it is no surprise that the corrupt low court of Israel sides with the new Nazi's who are 100% committed to erasing Israel from the face of the earth.
The godless ones of Israel want the world to know how suicidal they can be in order to gain their acceptance because they are just like the filthy nations they follow and serve.

At least the Islamic killers of the Jews know how helpful (suicidal and self destructing) and sweet the godless ones of Israel were to them in their bloody jihad against Israel.

Israel without God is an insane nation where there is only an illusion of peace and no real peace.

The High (Lowest) Court of Justice (HCJ) gave a ruling on Sunday, striking down the orders for sealing the homes of three of the five terrorists involved in the attack which killed Alexander Levlovich on Rosh Hashanah eve. Only the home of the central culprit in the attack, Mahmoud Abed Rabbo Dawiyat, will be demolished.
from YNET

Yes, as long as we don't respect ourselves, the world will just continue to treat us like garbage.

How I wish The Ark was out anew and there was a Warrior Servant Son of God like David The Son of Jessie !

Israel would be serving The Almighty and the nations would be in dread of going against The Holy One .
Until then,
Israel should do its best to remember The Torah and follow The Laws.
Keeping Holy and true .

Bless the warriors of Israel as well to save the lives of their brethren and to eliminate those that seek their death .

It has to be clear to the nations that Israel is about LIFE and about serving God .
If they dare come against Israel , let them revel in their baseless hatred against God and His precious people .

They come to seek your death ?
Head shot .

Take care Batya ...
Have a blessed day in The Holy Land .