Shades of post-1967 Israel, when the movers and shakers were so certain that our neighboring enemy Arabs had been beaten so badly, that they would never ever dare attack us again and therefore refused to read the writing on the wall, all the obvious signs that Egypt and Syria were about to attack, in late summer 1973.


Israeli defense official rules out war with Hamas
Amos Gilad, the director of the Political-Military Affairs Bureau at Israel's Defense Ministry, on Wednesday ruled out the possibility that Hamas would start another war with Israel in the foreseeable future. (Arutz 7) 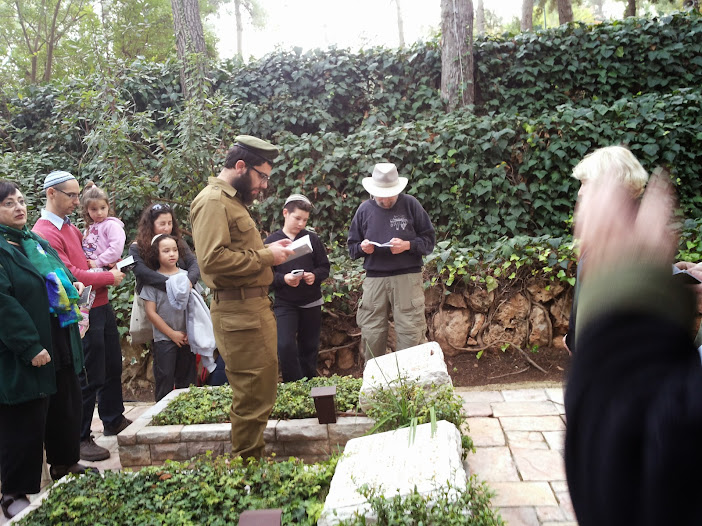 That's how we were caught so deadly flat-footed on Yom Kippur 1973.

You'd think that people like Amos Gilad had learned this lesson. We've paid such a heavy price over the years. So many innocent Jews have been killed and murdered because our officials can't accept the fact that no matter what we do, the Arabs do not want to find a way to live in peace with us.

We must never think that they won't attack us, because that is a certain invitation to attack. It's important to be realistic and not optimistic!
Posted by Batya at April 14, 2016

Hamas, he said, has been unsuccessful in its efforts to further escalate the violence between Israel and the Palestinians. "We have the upper hand in this secret war thanks to our security services, but this won't stop them from trying, and they won't stop until they're successful," but we, the Israeli leadership have become so incredibly stupid that we no longer understand the concept of defeating ones enemy any longer, so we allow them to grow and grow into an even greater threat, Gilad noted.

Gilad also warned that the electricity Israel provides the Gaza Strip "is being used for the production of rockets that are later aimed at Israel. This is absurd, no it's insane.
No other country would allow this, but we do.".. .because we suffer from serious mental disorders that shows mercy and kindness to evil and then we expect a good outcome.
We never learn, we are stuck on stupid because we have forgotten haShem.