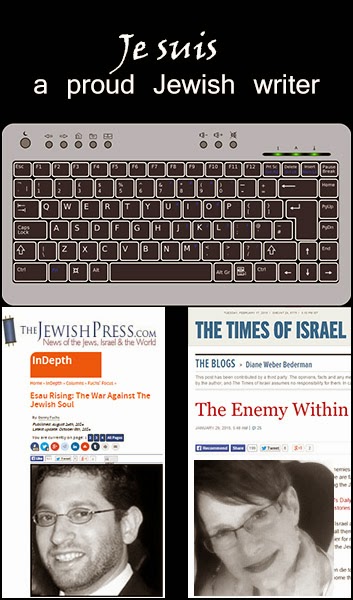 JewishIsrael is pleased to see that a growing number of concerned columnists across the religious and political divide are covering the severity of the missionary problem in Israel.
Writers such as Diane Bederman and Donny Fuchs have persevered despite the controversy and unpleasant challenges that come with exploring territory which is deemed "untouchable" in an era marked by Israel's enormous dependence on evangelical Christian support
Sacrificing principles which are fundamental to Judaism, Jewish identity and Jewish continuity should not be done in the name of "democracy", "tolerance" or" freedom of religion and expression". This is an issue all Jews can agree on regardless of political views or degree of religious observance.
...more
Posted by Ellen at February 17, 2015

Ellen, thanks so much for posting. I do appreciate that you include Shiloh Musings in your information campaigns.

B'H, that this problem is starting to get the exposure it so needs. Read Donny Fuch's article; he is wonderful and may he go from strength to strength and also same for Ms. Bederman, bringing to light on what is going on, more or less, under the radar. More Jewish journalists who care about a Jewish Israel need to write more and more about this.