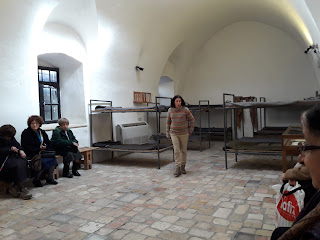 A couple of weeks ago, the senior citizen "vattimkim," program I attend every week had a field trip to Jerusalem. I already blogged about our visit to the Jerusalem Municipality complex at Safra Square where we saw their amazing scale model of some of the city.

Just behind Safra Square is what's known as Migrash Harusim, the Russian Compound, in which there's a police station, jail and the jail that the British used when they were occupying the Land of Israel, during the Mandate. 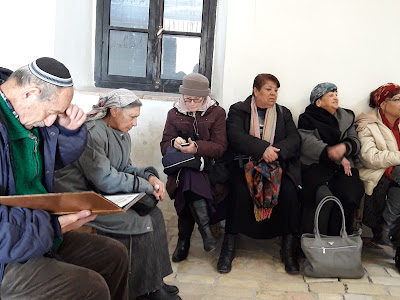 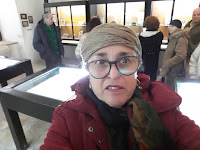 In that old jail is a museum dedicated to the Jewish prisoners who had been arrested, held and executed by the British before the declaration of Independence of the State of Israel. Over the almost half a century I've lived in Israel, I visited that museum a number of times. Each time there are updates and improvements to help the visitors gain a good comprehension of what imprisonment was like there during that difficult time.

Most of the Jewish prisoners had been members of the Etzel and Lechi, known as the "underground." Since members of the Haganah and Palmach cooperated with the British by informing on the Etzel and Lehi, fewer of them were jailed. Pretty much everyone in our group has a good knowledge of pre-state history and knows the historical context of the Underground Museum. Our guide had to take that into account, and she was wonderful. When members of the group wanted to enter a room that the guide hadn't planned on showing, she cooperated happily. 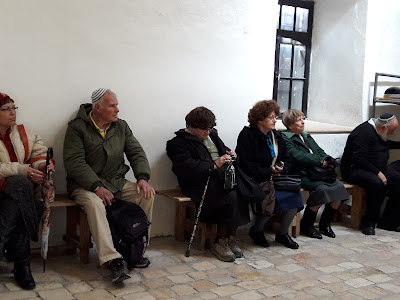 Most of the group I was with didn't need 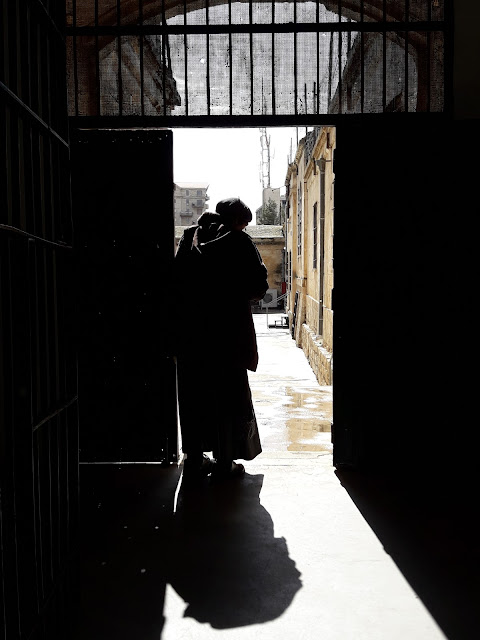 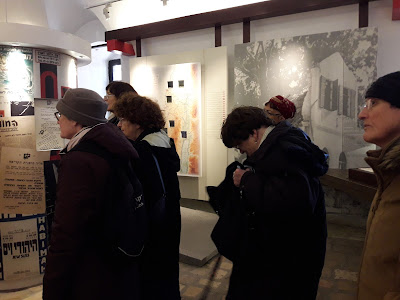 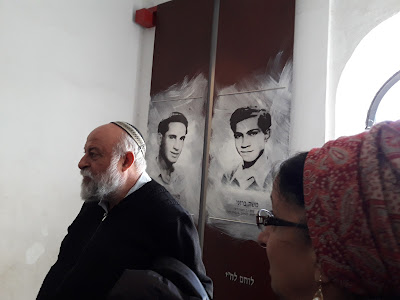 This is a wonderful museum, not too large. It is easy to get to by public transportation, bus and the lightrail. The tour guides are excellent, as are the public toilets.
Posted by Batya at February 25, 2018

"Since the trauma of being arrested and
handed over to the authorities can be
as great as death itself, an informer is
considered as serious a sinner as a murderer.

Furthermore, an informer separates himself
from his people and sides with their enemies,
and is therefore considered among those
who have no portion in the World to Come."

CHRONOLOGY:
Handbook of Jewish Thought was
written by Rabbi Aryeh Kaplan (1934-1983).
He authored over 50 books about Jewish
religious topics, and was a professional
scientist, listed in the
Who's Who of American Physics.

FOR PURIM:
Refuting the Fans of Vashti:

The "Sezon" was a terrible sin against fellow Jews.