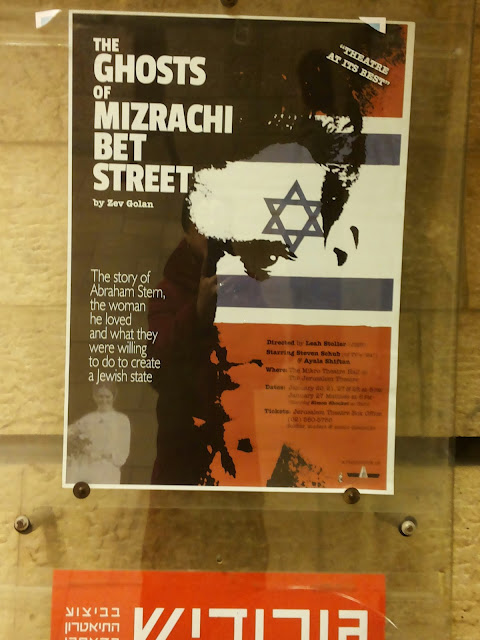 Off, Off, Off Broadway extends as far as Jerusalem for sure. My husband and I were privileged to be among the lucky ones to attend opening night of “The Ghosts of Mizrachi Bet Street” by historian Zev Golan.

I must say that more than history came alive. Yair and Roni Stern came alive, too. I don't know how their son and his family felt sitting so publicly in the audience. My seat did not give me views of their expressions, but I felt that Zev Golan did a stupendous job in writing the play, and the actors,  just two on the stage, Steven Schub and Ayala Shiftan, played their roles amazingly well. 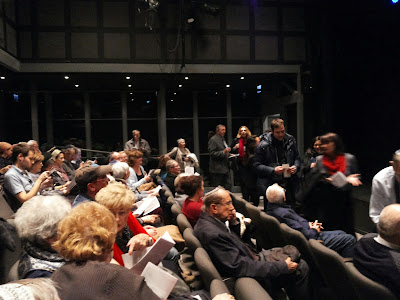 It's only going to be performed a few times, so get your tickets now and enjoy!!
Posted by Batya at 8:20:00 AM

This is truly a great blog thanks for sharing. Excellent and decent post. I found this much informative, as to what I was exactly searching for. Thanks for such post and please keep it up.

Are you spamming me?