Is Jay Jonathan Pollard Willing to be a Pawn? 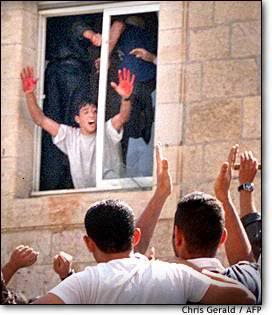 I've had my doubts about Jonathan Pollard's agreeing with conditions of silence for his release from American jail. Of course, he may have mellowed, or he may be so sickly he does't have the strength to speak out. But I just can't imagine that the Americans and the Israelis will want the world to know what Jay Jonathan Pollard thinks.

Remember that when he and his wife Anne had realized that they were in trouble, they went to the Israeli Embassy for shelter, refuge and they were refused. They were handed over to the Americans. Anne Henderson Pollard has been in Israel on and off over the years trying to make a new life for herself.

How angry is Jonathan Pollard?

The latest report is that he does not want to be exchanged for hundreds of Arab terrorists. He doesn't like that equivalency. And I don't blame him.

There are reports that he refused to attend the prerequisite required parole hearing.


Jonathan Pollard may have ditched the deal in the making by which the Obama administration would free him from his life sentence in a U.S. federal prison cell if Israel agrees to release terrorists “with blood on their hands” along with several other security prisoners
Patricia Smoot, a member of the U.S. Parole Commission, said on Tuesday that Pollard has waived a planned parole hearing for the same day, the Associated Press reported. (Jewish Press)

Will Pollard stay in jail?

If Pollard is released will he join the many voices condemning the deal the Americans are trying to push Israel to take?


3) Israel will release the fourth batch of 26 Palestinians convicted of terror acts before the 1993 Oslo Accords. Some Israeli-Arabs will be included in the release, although it is not yet certain how many.
4) Israel will release an additional 400 Palestinian prisoners during the continuing negotiation period. These prisoners will be picked by Israel, will include many minors and women, and will not include those with "blood on their hands."
5) Israel will "exercise restraint" in releasing government tenders for new homes in the West Bank, meaning that it will issue no new government tenders for housing in Judea and Samaria. This policy will not include Jewish neighborhoods in Jerusalem beyond the Green Line. This policy will also exclude public building projects such as roads. Israel has rejected a total settlement freeze. (Jerusalem Post)

Hi Batya - do you realize that if Jonathan Pollard is let out on parole he will never be allowed to come to Israel? It's exchanging a small jail cell for a huge prison. He refused to show up at the parole hearing because he wants to be in Israel.

If the Americans want the deal here badly enough, the POTUS will pardon him, commuting his sentence to time served - and then he will be free to go where he chooses. The American Pharaoh's ratzon to do an "end run" around Israel will be circumvented.