There is a very simple basic message in the Chanukah Holiday.  It is that not only doesn't might make right, but sometimes the smaller and seemingly weaker opponent wins.

Jewish History is full of such examples. We were never one of the large nations or empires throughout the thousands of years of our history, but although today the Jewish Nation thrives, none of our ancient enemies still exist.

The Ancient Greeks of the Chanukah Story had once ben an enormous mighty empire which spread a lot further than their small Mediterranean islands. They even managed to conquer the Holy Land and tried to ban Jewish worship, putting their idols on the Temple Mount and destroy the Holy Jewish Temple and defile the pure oil required for Jewish worship there. Many of the Jews of the time thought it wiser to align with the invaders; they were called Hellenists.

A small band of Jews stayed true to Judaism and Gd. The Maccabees fought the Greeks, even though the Greeks had more forces and weapons. Gd performed a miracle for them. They were able to not only return to what was left of the Holy Temple, but the brave Gd fearing Maccabees even found one small vial of pure olive oil, just a day's worth. And that oil miraculously lasted eight days, until new oil could be gotten.

The Maccabean reign/dynasty didn't last all that long, due to sins of the people. Within a relatively short time, the Jewish People were exiled, and that exile lasted two thousand years. Many times it looked like the Jewish People were dying out, as had happened to all of the other ancient peoples and religions.

Instead of the Jewish People becoming extinct, in the 19th Century, as modern nationalism was sweeping Europe, and new countries were emerging, the Jewish People awakened from its national slumber. Zionism was coined to give a modern name to the eternal yearnings of the Jewish People for Zion, for the Land of Israel. Subsequently, not only did Jews come from all over the world as a pilgrimage to the Holy Land or to die and be buried there, but Jews began to arrive with plans and training to bring the Land back to life. Ancient cities were repopulated; farms and towns were built. And the necessary defensive groups, too, were established because of constant Arab terrorism.

Then after World War Two, after the Holocaust and the murder of six million Jews the time had come to declare independence, statehood for the Jewish State, the State of Israel. Despite our enemies and dire predictions of international media and leaders, the State of Israel thrives, thank Gd! 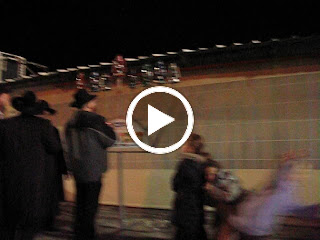